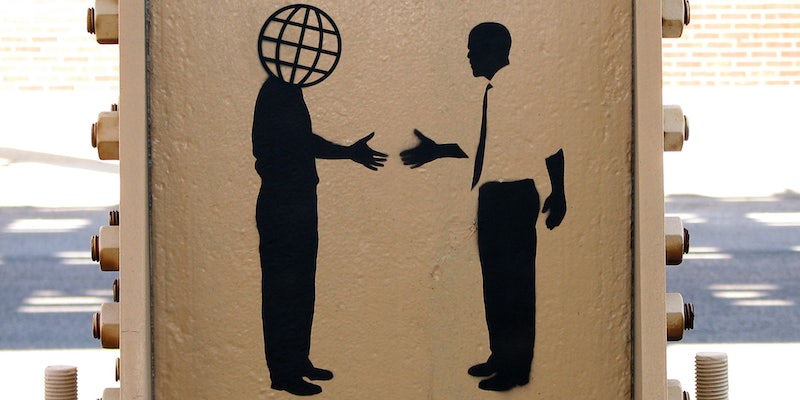 The president hopes the FCC will soon expand a phone subsidy program to cover Internet access.

The Obama administration on Wednesday reiterated its desire to bring broadband Internet access to more Americans.

The centerpiece of the revitalized broadband initiative, dubbed ConnectALL, is a government filing that backs the Federal Communications Commission’s plan to expand Internet access to low-income households.

The FCC is set to vote this month on a plan to expand the Lifeline phone-service subsidy program to cover Internet access as well. The plan, which now has the administration’s formal support, will create “a 21st-century national broadband subsidy to help low-income Americans get online,” according to a White House statement.

“Because in today’s economy, the internet isn’t a luxury – it’s a necessity,” the president said in a post on his personal Facebook page, sharing a link to a New York Times story about the consequences of being digitally left behind.

The Lifeline expansion, which is expected to pass along partisan lines at the FCC’s monthly meeting, will create a $9.25 monthly subsidy for broadband Internet access. The idea behind the program is that, just as phones are essential for finding work and rising out of poverty, so, too, is a connection to the Internet.

In addition to filing comments supporting the FCC plan, the administration also announced several new programs aimed at bridging the digital divide, including a “Digital Literacy Pilot Project” involving libraries and museums and an overhaul of the Computers for Learning program that recycles old technology.

The Commerce Department will also create “a comprehensive online assessment tool to help community leaders identify critical broadband needs and connect them with expertise, tools, and resources for overcoming the challenges to expanded broadband deployment and adoption.”

Households earning less than $25,000 per year are half as likely to have Internet access as families in higher income brackets, according to newly released White House data.

Photo via David Drexler/Flickr (CC BY 2.0) | Remix by Jason Reed