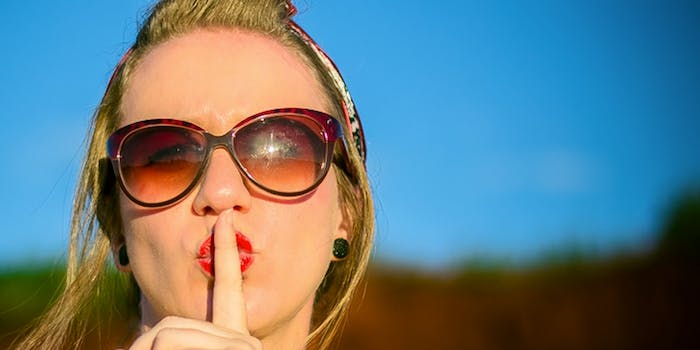 The startup may have to pay a hefty fine, but the real threat is to its marketing strategy.

It’s hardly shocking to hear that an app that traffics in supposedly anonymous gossip—but demands access to every detail in your contacts list—has been a success in part because of an intrusive spam campaign.

On the other hand, that doesn’t mean Whisper can avoid getting sued for such tactics, which violate the Telephone Consumer Protection Act, a federal law that carries a minimum fine of $500 per illegal message.

The first of what are sure to be many class-action complaints against WhisperText LLC was filed last month in San Jose by Tony McKenna, a man seeking damages for more than a thousand people who received an unsolicited text that said “Someone you know has anonymously invited you to join Whisper, a mobile social network for sharing secrets” and provided a link to download the app.

Such invitations constitute “wireless spam,” a form of growth hacking that treats a user’s address book as a list of potential new customers.

The suit alleges that Whisper sent these unauthorized messages en masse, “using equipment that had the capacity to store or produce telephone numbers to be called using a random or sequential number generator and to dial such numbers.” Most galling of all, recipients were often made to pay their phone company for the transmission of the spam, in accordance with pre-existing contracts—a bit like being forced to provide the postage for the junk catalogs and credit card offers that clog up your mailbox each day.

Will doling out at least $500,000 slow down a hot startup that has raised tens of millions from venture capitalists in the past few months? Not really.

The minor financial hit could be prelude to a different demise, however: If Whisper’s sleazy marketing scheme was the engine behind its apparently viral success, then shutting it down means disaster in terms of growth. The company has never divulged how many people use the app—a policy that will prove rather astute if they suddenly find their numbers plateauing.