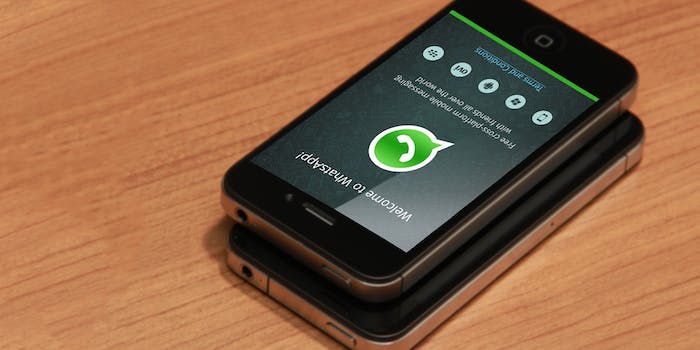 It feels like there's a simpler way to do this...

It’s time to face a harsh reality: WhatsApp’s two-tick system is failing us. The premise of a read receipt system is an empty one, and hysteria has ensued.

Here’s how the massively popular messaging app’s system works: Getting one tick on WhatsApp means that a message was sent. The second tick, however, is where the confusion begins. It’s supposed to inform users when a message was delivered—not read. However, many people are absolutely sure it means “message read,” and become offended when they don’t get a quick reply. This often leads to disbelief when the other party swears they were asleep or away from their device. “So why did it show two ticks?!?” is the common entreaty uttered by regular WhatsApp users.

WhatsApp users, instead, are certain the recipients of their messages are ignoring them.

Furthing the confusion is WhatsApp’s “last seen” feature. It tries to clear everything up by showing the time the recipient of your message was last seen online, but this is tricking users into thinking that “seen online” means “message read.” Here is a quote from WhatsApp’s FAQ, general query number 20971848:

“‘Online’ means that contact has WhatsApp open and is connected to the internet. However, it does not necessarily mean they have read your chat.”

Forever baffled by the one tick two tick system on Whatsapp

To all Whatsapp users: FYI, one tick means sent and two ticks means delivered, not read.

Q: on WhatsApp one tick is “delivered” and two ticks is “read” right?

A common WhatsApp panic involves getting stuck on one tick for a significant amount of time:

You know what I hate more than seeing two ticks on whatsapp? Seeing one fucking tick.

Not to mention being blocked on the app:

How to know if the person blocks you on whatsapp ; you cannot see “last seen……” The tick will only be one and not two.

The “I know you read my message, you’re lying” concerns aren’t going anywhere. Many people love Twitter’s DM system because it doesn’t show “last seen,” “typing…,” or any ticks. But surely that cannot be the solution.

Humanity can’t go back to a no-tick system. The solution? WhatsApp must introduce a third tick that will pop up only when a new chat balloon in a thread has been opened for more than two seconds.