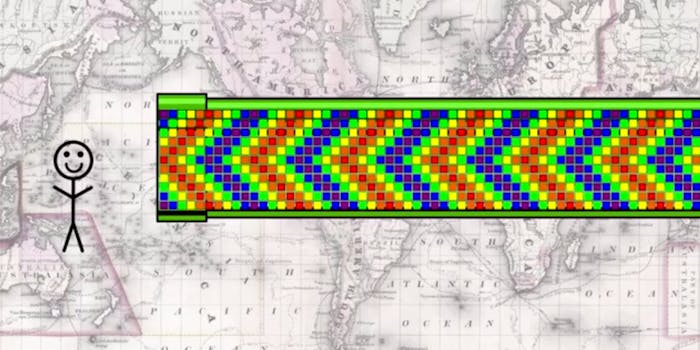 It's only the most important thing happening to the Internet right now.

You may have seen a lot of people talking about something called “net neutrality” recently. But unless you know what this phrase means, the sudden outcry over its “death” probably means exactly nothing.

YouTube’s master explainer, CGP Grey, has released a quick video that breaks down the concept of net neutrality as only he can, with jokes and nifty animations aplenty. He also offers a deft explanation of why net neutrality principles are so crucial to the future of the Internet.

Even if you already know everything there is to know about net neutrality, this video offers the perfect thing to share with Facebook friends and family members who are less tech savvy. Or, you know, you could spend hours trying to explain it to each of them. Your call.

The recent net neutrality debate sparked late last month, when reports surfaced that the Federal Communications Commission (FCC) plans to include in its new net neutrality rules a provision that would allow Internet service providers (ISPs) to charge content companies, like Netflix, Google, or Skype, for a so-called broadband “fast lane.” By enshrining these fast lanes into federal net neutrality rules, critics say, the FCC is essentially replacing net neutrality, which dictates that all data should be treated equally, with outright discrimination.

The FCC plans to vote on its new net neutrality proposal on May 15. So, if you’re going to get fired up about this issue, now would be a good time to do it.