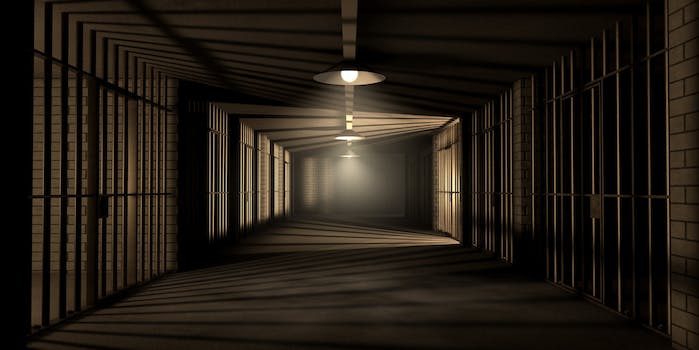 Hidden away somewhere at Guantánamo Bay is a prison unit so concealed that no journalist has peered inside and little information has seeped out. Recent legal moves by defense teams in the 9/11 war-crimes case could soon shine a light on Gitmo’s darkest corner. Until then, here’s what we already know.

“Camp 7,” as the facility is so called, opened in 2006 and houses 15 “high-value detainees,” including supposed 9/11 mastermind Khalid Sheik Mohammed (KSM) and his four alleged co-conspirators. The government has classified Camp 7’s location and officials will not discuss its particulars. According to a 2012 Government Accountability Office report, however, the men are held in individual cells to limit their communication with each other. Some of the only other details to have surfaced include detainee allegations of mistreatment there and observations made by the few attorneys who’ve been permitted to visit them.

On May 26, news broke that attorneys for Ramzi Bin al Shibh, a co-defendant in the 9/11 case, had called another Camp 7 resident named Abu Zubaydah as a witness. The purpose: to have Zubaydah, who hasn’t been seen publicly since his capture in 2002 by CIA operatives, corroborate allegations that conditions within the top-secret facility mirror the torture defendants endured while in Central Intelligence Agency custody. If Zubaydah testifies, it could occur as early as the next tribunal session starting May 30, or possibly not happen at all.

“Unlike every other U.S. facility, there is no ‘step-down’ process to earn better conditions by good behavior.”

Bin al Shibh testified in February that someone within Camp 7 was intentionally making noises and vibrations inside his cell, prohibiting him from functioning. “They make all my life … upside down,” Bin al Shibh told the judge in court. “I can’t concentrate. I can’t read. I can’t sleep. I can’t pray. I can’t do anything.” He believes the sounds, which he has raised to the judge on multiple occasions over the years, are part of an ongoing campaign to punish him, which began at CIA black sites. The military denies the allegation. Prosecutors argue that he is having delusions. And despite a judge’s order for the noises to stop (if they were in fact occurring), Bin al Shibh says they continue.

Some have speculated that the noises are linked to the secret facility secretly falling apart. The former general responsible for the detention facility told Congress in 2014 that Camp 7 was intended to be temporary and had become “increasingly unsustainable due to drainage and foundation issues.” It requires frequent repair, he added, and should be replaced. Congress refused the proposed $49 million and $69 million projects, respectively. Bin al Shibh attorney James Harrington does not believe the foundation, which a Pentagon spokesman once called “heaving and buckling,” is responsible for the noises.

On May 24, the current commander of the facility reneged on the claim that Camp 7  is buckling. “There was a report … that was not based on sound engineering analysis,” Navy Rear Adm. Peter Clarke told reporters. “And once engineers got in there and evaluated, it was determined to be structurally safe. It was just preliminary assessments without the rigor of good engineering work.”

Because the detainees are tucked away so covertly, it is difficult to determine what is actually happening there.

In mid-May, attorneys for Ammar al-Baluchi, another co-defendant in the 9/11 military tribunal, filed a motion to open up the facility to a United Nations torture watchdog for the first time. The International Committee for the Red Cross has been inside, but its access is conditional upon its public silence. The attorneys contend that Juan Mendez, the U.N.’s special rapporteur on torture, could validate concerns about Camp 7’s conditions, ultimately helping to address them.

“It is essential to my mandate to ensure that State institutions, including the facility at Guantanamo Bay, uphold unambiguously a zero tolerance policy against torture and ill-treatment and make efforts to eliminate the risk of ill-treatment and excessive force by the detaining authorities while in detention,” Mendez wrote in a declaration to the military commission on May 12, according to the Guardian.

Lt. Col. Valerie Henderson, a Defense Department spokeswoman, would not comment on the motion, other than to tell the Daily Dot: “The motion is currently under a security review. Following the review, the motion will be released to the public and will speak for itself.”

One of the more prominent items of contention between detainees’ representation and the military’s is whether force-feeding constitutes torture. The process involves threading a lubricated tube through a detainee’s nostril, down his throat and into his stomach. A liquid nutritional supplement like Ensure is then sent through the tube. A detainee once described the experience as “like having a dagger shoved down your throat.” The U.S. adamantly defends its use. Speaking before the U.N. in 2014 to defend U.S. compliance with the Convention Against Torture, Brigadier General Richard Gross insisted that “enteral feeding,” as the U.S. refers to the process, was only used as a last resort to address medical issues such as malnutrition resulting from hunger strike.

“Those men allege continued abuse by authorities here, and are given no real medical care for the torture they suffered, which is an obligation under both constitutional and international law,” says Alka Pradhan, one of al-Baluchi’s attorneys, in an email with the Daily Dot. “The government is just afraid of confirming what the whole world suspects, which is that the ‘Safe, Humane, Legal, and Transparent’ motto at GTMO is a propaganda line.”

James Connell, also one of al-Baluchi’s attorneys, is among the few to have actually visited the clandestine facility. In 2013, Connell was transported to Camp 7 in a car with blacked out windows and a barrier that prevented him from identifying the driver. The drive took approximately 30 minutes and Connell stayed in the facility for about 12 hours. Connell is barred from sharing much of what he saw, but in that time, he told Truth Out, he determined that Camp 7’s conditions were not up to basic human rights standards.

“The secrecy surrounding Camp 7 drives uniquely harsh conditions of confinement there,” Connell told the Daily Dot via email. “Unlike every other U.S. facility, prisoners at Camp 7 cannot use a telephone to call their families or attorneys. Unlike every other U.S. facility, there is no ‘step-down’ process to earn better conditions by good behavior. Camp 7 has no independent inspector and could benefit from the views of the Special Rapporteur on Torture, one of the world’s experts on prison conditions.”

Ensuring that the detainees are not being subjected to continued abuse would only bolster the legitimacy of the trial, says Pradhan. “The bottom line,” she says, “is that any sort of trial that is conducted from a secret prison with a reputation for ongoing torture and abuse is never going to withstand scrutiny.”