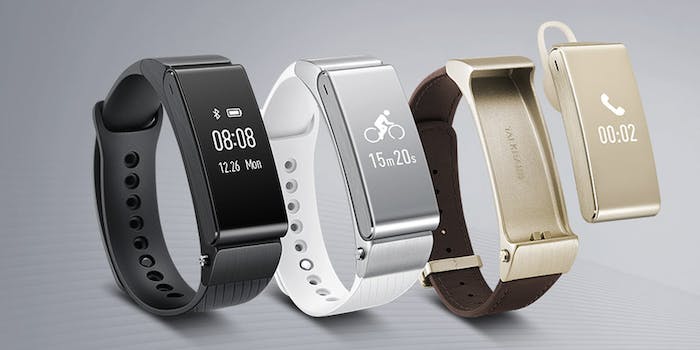 Meet the new class of smartwatches, fitness trackers, and wearables

Mobile World Congress is all about outfitting your wrist.

Wearables at Mobile World Congress 2015 are like the paper wristbands at a music festival: You’re not getting into the show without one. Just about every company that made the trip to Barcelona was sure to pack their bags with a smartwatch or fitness tracker of some sort, either out of a belief that its device truly offers something different or just to fulfill the “look how many sensors we can fit in this hunk of plastic” requirement.

Android users don’t have the singular promise of the Apple Watch to fill the empty space on their wrist, but instead have the healthy competition of mobile companies doing their best to copy and undermine one another. When you first see the Huawei Watch, you’ll probably think Motorola finally solved the little black bar that appears on the Moto 360. It didn’t, but Huawei did. 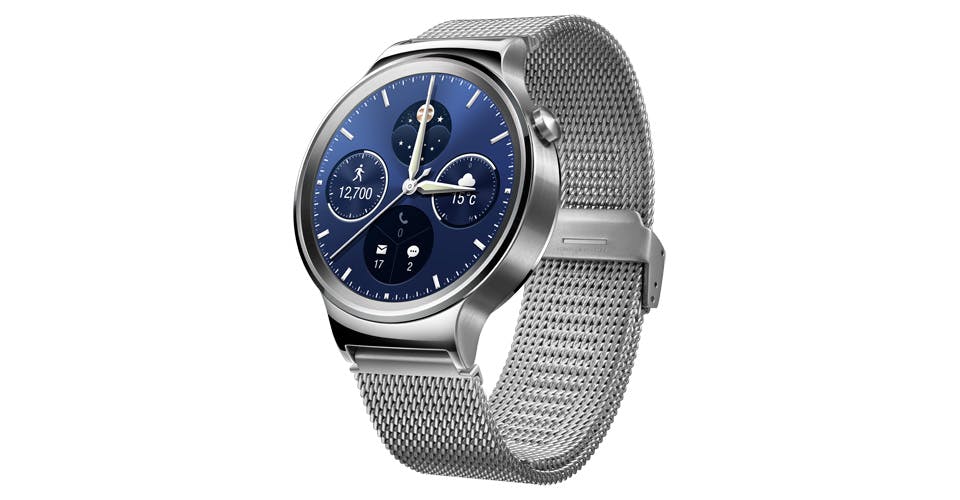 The first wearable from the Chinese phone manufacturer takes the round screen of the Moto 360 and fills it out completely. And the face of the smartwatch, with a pixel-dense display, is one of the best-looking to hit the market so far. The wearable maintains most of the elements you’d expect from a standard watch, including interchangeable straps and a crown (which is actually just a button). No price or release date has been announced, but the watch will be available in 20 countries, including most of North America.

The LG Watch Urbane has the look—and sound—of a high end, fashionable timepiece, and it actually comes in two versions: high class and super high class.

The best thing about this watch is the design. A circular display, stainless steel body, and stitched leather strap give the Watch Urbane a traditional feel. 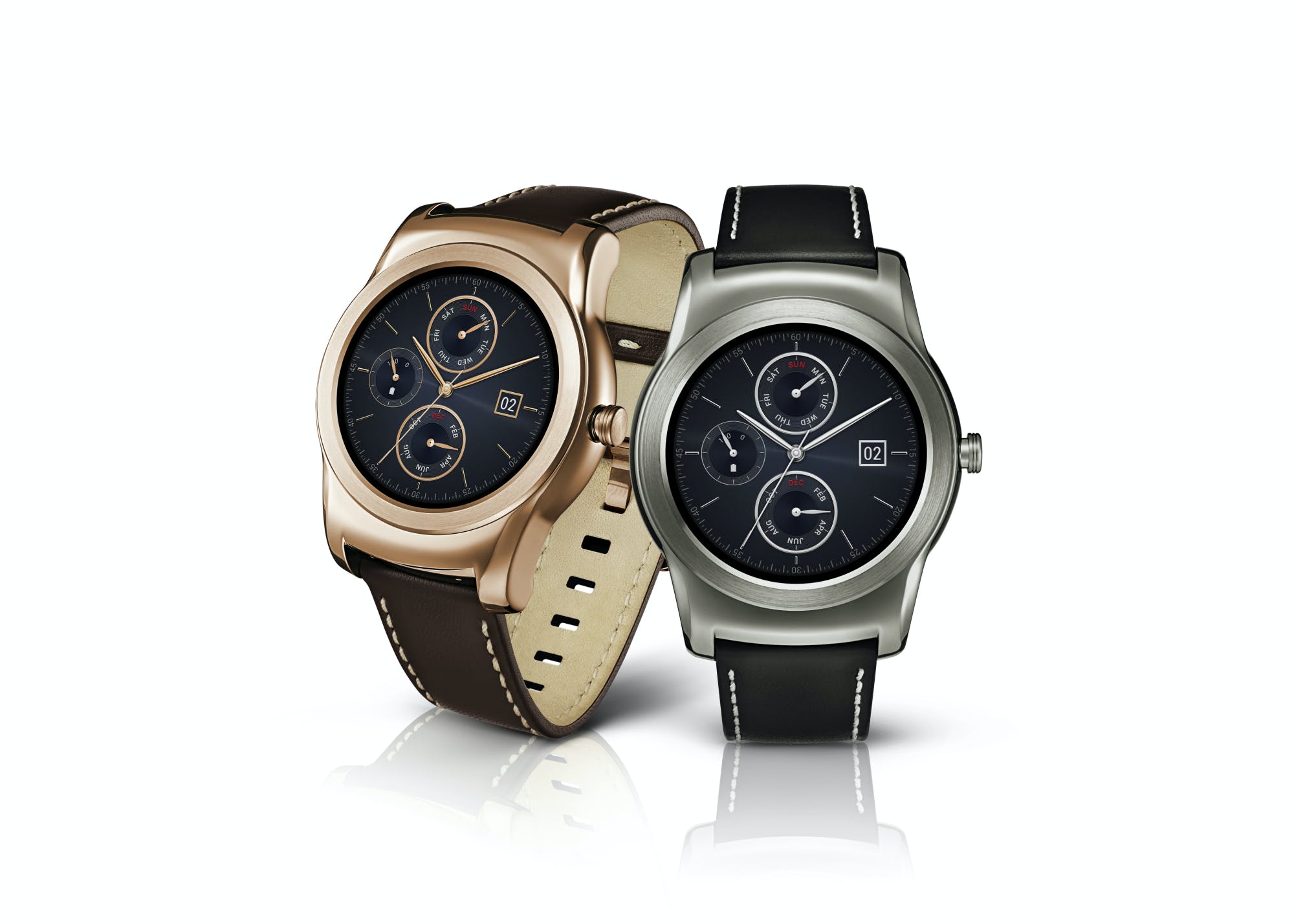 The “super high class” Watch Urbane LTE really brings out the trump cards though. The ultra premium, high-end, elite smartwatch comes built with wireless connectivity that will allow users to answer calls, browse the Web, answer emails, all without having a smartphone connected. There are tons of sensors built in for tracking various activities like hiking, cycling, and playing golf. And since Android Wear just wouldn’t do for such a gadget, the Watch Urbane LTE runs on LG’s own proprietary operating system based on WebOS.

The catch? LG’s Watch Urbane LTE is only bound for South Korea at the moment, with no price tag attached.

HTC and Under Armour announced that they would be joining forces at CES earlier this year, and the two companies didn’t take long to start rolling out products together. The HTC Grip is the first wearable from the company. With Under Armour and its suite of recently purchased fitness apps MyFitnessPal and Endomondo, the Grip seems to be targeting serious athletes. 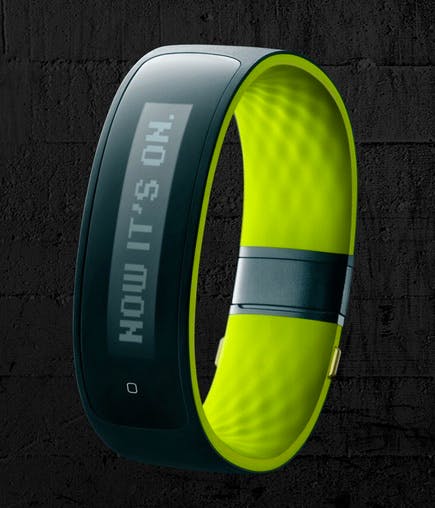 The big draw for the Grip is its built-in GPS, which is a rarity in fitness bands. Absent, however, is a heart rate tracker. It opts instead to connect to another device via Bluetooth to track peripheral data. The device itself looks pretty bulky, a fact that not even the bright accent color can detract from. And it seems like you’ll feel the bulk on your wrist, as well: Instead of strapping on like most bands, the Grip is more of a cuff with multiple sizes available. The HTC Grip will make its debut this spring with a $200 price tag, which puts it in the upper tier of fitness bands, price wise.

Remember Apple’s brief foray into the budget smartphone market with the iPhone 5C? That venture was marked by cheaper prices, stripped down hardware, and lively colors. It’s basically the same model Acer is applying with its Liquid Leap+ wearable as it tries to put basic smartwatch functionality in the more affordable body of a fitness tracker. 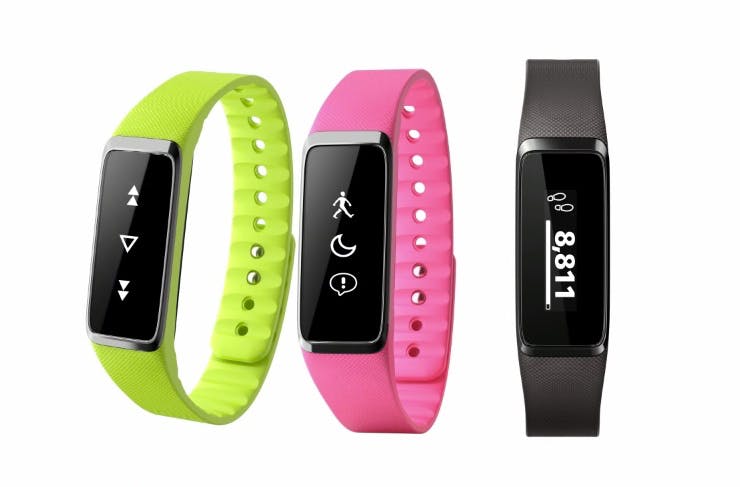 The Liquid Leap+ is, at its core, an activity tracker, designed to count steps, track burned calories, and monitor sleep. What makes its a little more interesting is the 1-inch touchscreen that gives users a little extra control from their wrist. It can be used to change activities, receive notifications, and control apps. Near universal compatibility with iOS, Android, and Windows Phone devices make the wearable, priced at under $90, worth considering.

Every once in awhile at these sort of events, a product that looks like it was never supposed to leave the research and development department makes it to the show floor. This year, that product is the Huawei Talkband 2. (How are there two of them!?) 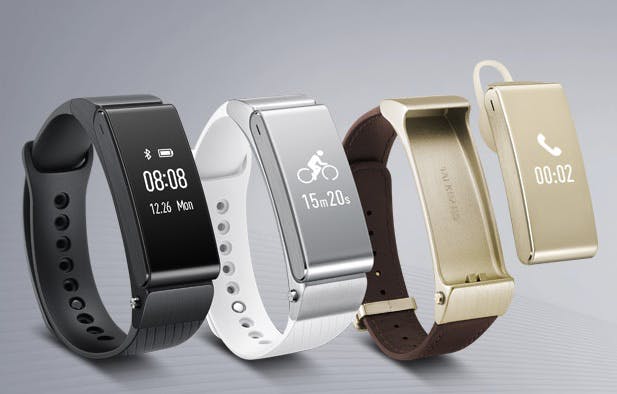 At first glance, the Talkband 2 isn’t anything all that interesting—just a wristbound wearable with a too-small screen. But the metal-bodied device comes off your wrist, and that’s when things get weird… because the Talkband 2 can convert into a Bluetooth earpiece. Why? We’re not sure. Is it the saddest of the Transformers? Yes, absolutely. But if you’re into the idea of pulling a sweat-drenched metal box off your wrist after a workout and sticking it in your ear, then by all means. You’ll be able to do just that by the end of April.

These belong in the non-category category for good reasons. First, because there are prototype only. Second, they aren’t going to make you invisible. At least not in real life. The anti-facial recognition-technology glass will, however, thwart software from being able to identify your likeness. 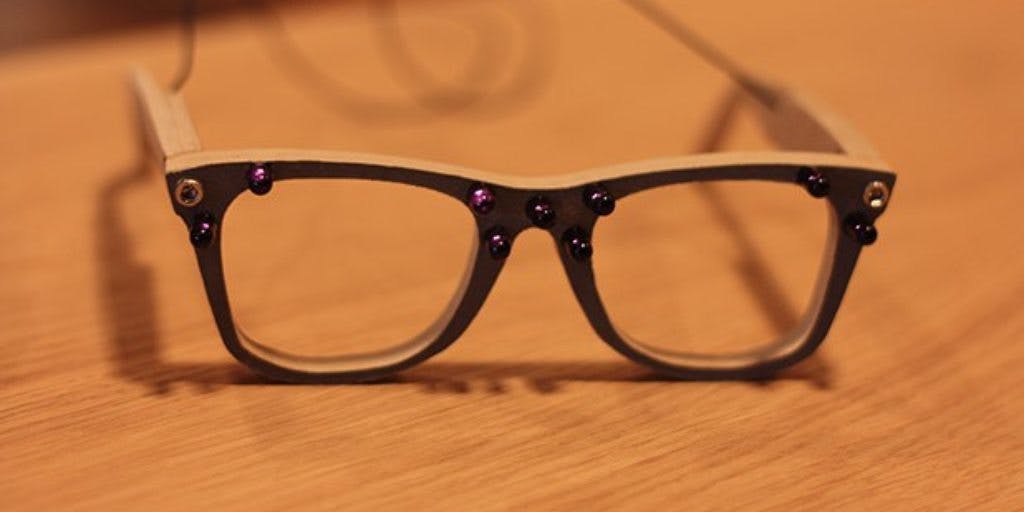 Cool? Sort of, yeah. They more or less look like normal glasses and certainly fall under high-tech. Useful? Well… not until you can buy a pair.