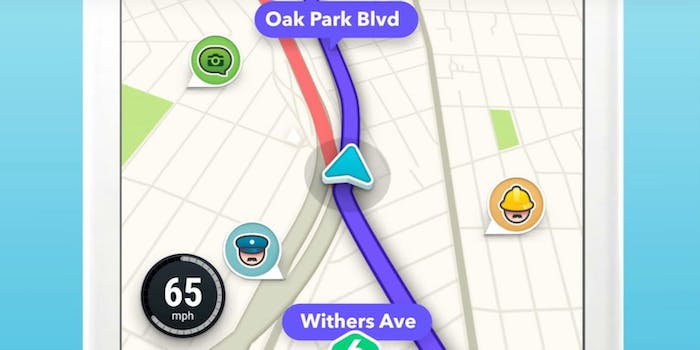 New Jersey town shuts down its roads because of navigation apps

Homeowners aren’t happy when your navigation app steers you away from traffic and onto their street—and now they’re fighting back. Leonia, New Jersey is closing more than 60 streets to everyone but residents and workers during morning and afternoon peak hours because apps like Google Maps, Waze, and Apple Maps are causing “crisis proportion” congestion in small neighborhood roads, according to a New York Times report.

Starting in mid-January, the police force in the New Jersey town will close a large section of roads to outsiders looking to find a faster route away from traffic-filled highways. To enforce the new rule, residents of the town will be issued yellow tags to hang from their rearview mirrors. Those who use the streets without the pass will be subject to $200 fines.

“Without question, the game changer has been the navigation apps,” said Tom Rowe, Leonia’s police chief. “In the morning, if I sign onto my Waze account, I find there are 250,000 ‘Wazers’ in the area. When the primary roads become congested, it directs vehicles into Leonia and pushes them onto secondary and tertiary roads. We have had days when people can’t get out of their driveways.”

The major navigation apps have been notified of the changes. Waze, perhaps the biggest culprit for sending its users through neighborhoods and small town centers, acknowledged the rules and said it would comply with whatever changes are made.

“If a road is legally reclassified into a private road,” a spokesperson at the Google-owned company told the NY Times, “our map editors will make that change. It is our goal to work holistically with our community of drivers, map editors, and city contacts to improve the driving experience for all.”

The company defended its practice by explaining how it works with municipalities to help them determine if new infrastructure is effective. For example, if a town wants to put a roundabout in the middle of their town, Waze will send them traffic data so they can better determine what effect it will have.

Leonia, with a population of just 9,000, is in a particularly dire situation as it sits next to one of the nation’s most congested highways. But it’s not the only one. Other towns have placed speed bumps and signs to deter app users from flooding their streets. Those measures aren’t always effective, so towns from Massachusetts to California are now ramping up their efforts and turning to local regulation.

There are still questions as to whether the rules will hold up if the city is taken to court. The state of New Jersey ultimately owns the roads and can decide to open them back up to commuters. There are concerns that the restrictions could do more harm than good. If a driver or passenger needs urgent care, they could potentially lose precious time getting to a hospital if they are pulled over for not having a yellow tag.