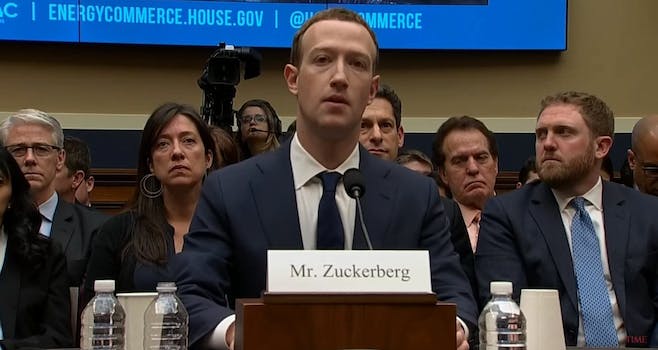 How to livestream Mark Zuckerberg’s E.U. testimony on May 22

It was originally planned as a secret meeting.

Mark Zuckerberg’s testimony in front of the European Parliament on Tuesday was originally set to take place behind closed doors. But the Facebook CEO changed his mind amid pressure from European leaders.

The hearing will now be livestreamed online for the world to watch. Antonio Tajani, the president of the European Parliament, made the announcement on Twitter Monday.

“I have personally discussed with Facebook CEO Mr Zuckerberg the possibilty [sic] of webstreaming meeting with him. I am glad to announce that he has accepted this new request. Great news for EU citizens. I thank him for the respect shown towards EP,” Tajani said.

Previously, Zuckerberg’s testimony would have been concealed from public viewing, but after backlash from policymakers, including European commissioner for justice, consumers, and gender equality Vera Jourova and Guy Verhofstadt, the president of the Alliance of Liberals and Democrats Group (ALDE), the proceedings will now be made public.

Glad that Mark Zuckerberg accepted invitation from @Europarl_EN and will come to Brussels to answer European questions on privacy. Pity this will not be a public hearing. There are more EU users on FB than there are in the US & Europeans deserve to know how their data is handled.

I will not attend the meeting with Mr Zuckerberg if it’s held behind closed doors. It must be a public hearing – why not a Facebook Live? I strongly regret that the @EPPGroup has colluded with extreme right to keep everything behind closed doors. https://t.co/uYqEDlRtyo

Verhofstadt, after suggesting Facebook Live for the livestream, tracked the parliament’s change in direction on his Twitter feed.

EP President Tajani forced by five of the eight political groups – representing a majority of MEPs – to open the meeting with #Zuckerberg by webstreaming the hearing.

A secret meeting would not have aligned with Facebook’s renewed commitment to transparency or the E.U.’s strict regulations. It would also have been ill-advised for the testimony to be held away from public eyes just days before the deadline for the General Data Protection Regulation (GDPR), which pressures companies to be forthcoming about privacy policies and potential security breaches.

Now millions are expected to tune in to Zuckerberg’s third testimony this year, after appearing before the U.S. Senate and House last month.

Where: You can watch the livestream from the E.U. Parliament website. While it doesn’t currently appear on the schedule, Carlo Corazza, Takani’s deputy head of cabinet for external relations, confirmed the stream in a tweet.

If you didn’t participate in the #deleteFacebook campaign (and most of you didn’t), the E.U. may stream the testimony from its profile page.

What: Eight European leaders will grill Zuckerberg on user privacy and the influence of social media on elections. Expect to hear more about Cambridge Analytica and the social giant’s ongoing investigation into apps that misuse data. You can get caught up on Facebook’s ongoing privacy scandal on our timeline of the Cambridge Analytica scandal. Questions about what the social giant has done to enforce GPDR regulation and election interference will be another major talking point.