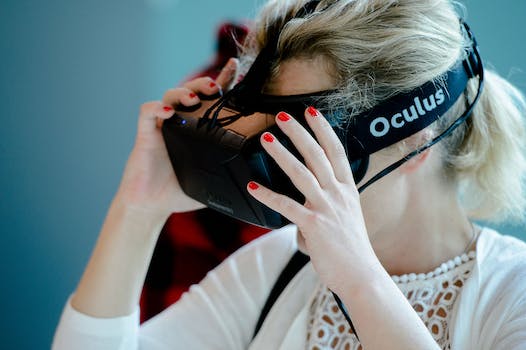 Virtual reality may one day control your body, rather than the other way around

Tiny jolts of electricity can control your muscles.

In the popular novel Ready Player One, main character Wade Watts wears a haptic suit while living life in virtual reality so he can feel physical reactions on his body when they happen in the virtual world. As scientists work to find out how electronic stimulations can be programmed to cause reactions in our muscles, haptic interactions and involuntary movements are becoming much more than the stuff of science fiction.

At a laboratory in the Hasso Plattner Institute in Berlin, Germany, scientists are working on electrical muscle stimulation (EMS), a way for computers to control body movements without humans thinking about it, New Scientist reports. They connect muscles to electrodes, and program the electrodes to command muscles to move in sync to things like boxing or sports video games in VR. And lines of code can directly command muscles to pick something up, or tell legs which way to run.

EMS sends electrical impulses directly to our muscles that mimic those coming from our internal nervous system, causing muscles to contract. It’s used in things like athletic training, physical therapy, and in medical implants like pacemakers. Now the tech is pairing with computers and VR to make our bodies react to online commands.

VR experiences could become much more real when connected to our muscles through electrodes—as the graphics and hardware become more advanced, the VR experience can become entirely immersive, and physical interaction only amplifies the reality piece of the VR game. But it’s not just VR that could potentially be impacted by EMS. Offline activities could get an electrical boost, too.

Pedro Lopes, a scientist at the lab, is connected to electrodes all the time, and New Scientist explained that he’s tested the tech on himself by programming the electrodes on his arm to make a plant-watering motion at certain times of the day. The action served to remind him and a participating student to water the plants around the office, because their arms would be jolted into the motion to do so.

It could help retrain our muscles to remember to do things like water the plants or take out the trash. It could also impact sports and activities, like running or driving. Max Pfeiffer, EMS researcher at the University of Hannover, told New Scientist: “I hate when I’m running around and need to look at my map. My purpose is to go there, help me do that.”

It’s possible to create mapping tools that negate the need to look at a smartphone or guidebook, but strapping on EMS wiring and wandering the streets waiting for electrical shocks isn’t practical or possible, yet. Other technologies have tried to keep people’s eyes on the experiences and not smartphone maps, like Navigate Paris, a location-enabled jacket that vibrates on the shoulders when you need to turn left or right.

Because EMS causes involuntary movements, it can feel uncomfortable for people who see and feel their limbs moving without thinking about it first. And while there are a number of applications it can be used for in the future, scientists are first focusing on how it can be used in VR, where people are expecting to feel an experience that contorts their perceptions of reality.

EMS like the kind New Scientist describes is still very much a tangle of wires and controllers inside laboratories. But once scientists figure out how to make comfortable suits or patches that electronically tell our muscles how to react, we will be able to strap on a pair of VR goggles and feel like we got punched in the gut—without actually touching anyone.