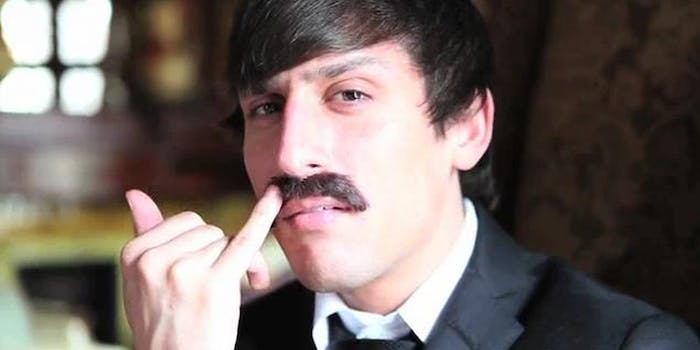 No Google job but no failure either

A man who applied for a job virtually with Google lands one. Just not with Google.

It apparently takes more than a clever YouTube video, a fake mustache, and a glass of scotch to land a job at Google.

This was the lesson for Matthew Epstein, a marketer from Atlanta, whose entertaining video resume and appropriately named website (googlepleasehire.me) did not land him his dream job.

“No, Google didn’t hire me nor did they extend an offer to me,” Epstein wrote on his blog today. “At the end of the day they judged me on the same criteria they judge every other candidate on and I didn’t meet those criteria—plain and simple.”

There was a silver lining for Epstein. He also announced that SigFig, a San Francisco-based investment startup, had given him a job.

For now, Epstein plans on retiring the mustache and focusing on his new gig. According to Epstein, here’s how successful his virtual job campaign was:

* Received 80 interview offers and engaged in phone and in-person interviews with Google, Amazon, Microsoft and Salesforce (among others)

For more information on Epstein and his new job, check out this video.