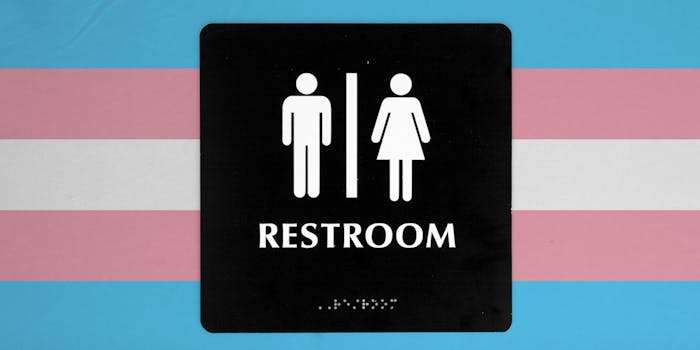 The ruling may be felt in other states.

In a decisive victory for LGBT rights, a federal appeals court on Tuesday sided with a transgender student who had been prohibited by his Virginia school from using the bathroom that corresponds with his gender identity.

Civil rights lawyers say the court’s decision is likely to have lasting effects on legislation impacting the rights of transgender individuals in other states under the court’s purview.

The Fourth Circuit Court of Appeals held that public schools prohibiting students from using bathrooms that align with their gender identity risk losing federal funding because of Department of Education rules that prohibit discrimination based on sex.

Gavin Grimm, 16, a transgender male student, sued his Gloucester County, Virginia, school after administrators devised bathroom rules based on the student’s “biological gender.” Grimm, who was designated by the school as female, argued that the administrators had violated Title IX of the Educational Amendments Act of 1972.

The act, signed into law by President Richard Nixon, prohibits discrimination based on sex in educational programs receiving federal funding.

On Tuesday, a three-judge panel remanded Grimm’s case for re-evaluation in the lower federal court that dismissed it last September.

In a statement, Grimm said he felt “relieved and vindicated” by the ruling, which he hopes will “help other kids avoid discriminatory treatment at school.”

Joshua Block, a senior staff attorney at the American Civil Liberties Union, said the ruling will serve to reinforce the Department of Education’s anti-discrimination policy. “With this decision, we hope that schools and legislators will finally get the message that excluding transgender kids from the bathroom is unlawful sex discrimination,” he said.

The ruling may have consequences for other states overseen by the Fourth Circuit, including North Carolina, where a recently enacted anti-LGBT law prohibits trans individuals from using the bathroom in accordance with their gender identity. North Carolina Gov. Pat McCrory has faced intense criticism for signing the law. Businesses have also left or threatened to leave the slate, leaving behind a rash of economic consequences.