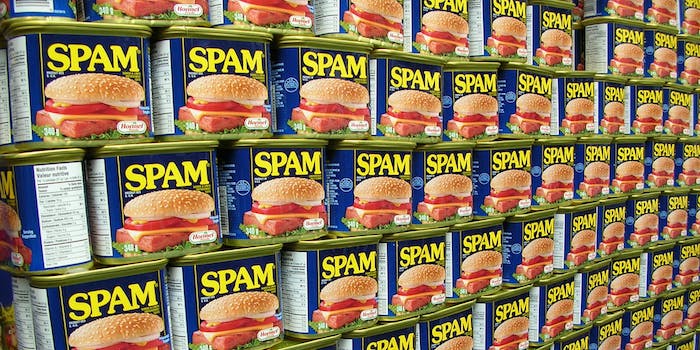 Some people just shouldn't use computers.

Most people have ample experience with sending and receiving email. After all, it’s been around since the late 1990s. So you would think that, decades later, proper usage would be second nature. However, as any office worker will tell you, there are still some folks who are not quite up to speed.

Perhaps the most potent source of email mishaps? The dreaded “reply all” button, which, when horribly misused, can drag you and dozens of others into conversations nobody wanted any part of from the beginning.

Some Virgin Media users became painfully aware of the headaches associated with “reply all” on April 16, when one of the company’s suppliers mistakenly bombarded roughly 135,000 people with emails. Anyone who hit “reply all” not only continued to flood inboxes, but also exposed their email addresses to everyone who receieved the original message. Understandably, many people were none too pleased with the error.

What a rookie email mistake, seriously http://t.co/msCBoCX6k6 I always check my press announcements several times to appease my OCD concerns

While initially reported as one of the biggest BCC fails of all time, a Virgin Media spokesperson told the Huffington Post that address exposure only occurred if the recipient hit “reply all.”

“It’s important to be clear a list of email addresses was not exposed. It is NOT a bcc error. Only if you received the email and then replied-to-all would your individual email – and only yours – be sent to a wider group.”

In other news, if you want instant exposure for your website or video that you are hoping will go viral, get a Virgin Media email address.