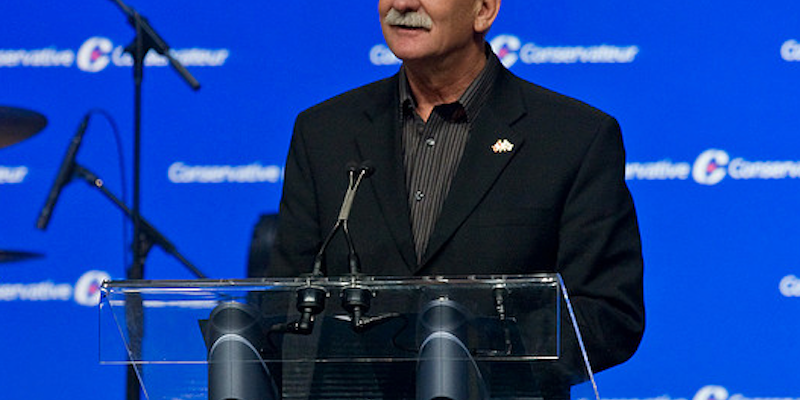 Canadian minister gets a dose of oversharing

Vic Toews's first mistake was calling for government monitoring of the Internet. His second mistake ... oh, he didn't need a second mistake.

Welcome to Canadian politics: like American politics, but far more vindictive and passive-aggressive. Have a nice day, eh?

Vic Toews, Canada’s Minister of Public Safety, had no idea what he was getting into when he sponsored legislation calling for government monitoring of the Internet.

Anonymous, the hacker collective,  took note when Toews put forth Bill C-11, a Canadian version of the pro-copyright Stop Online Piracy Act, a piece of legislation that would have given the United States government sweeping powers to shut down websites suspected of involvement with illegal file sharing.

Toews’s website appears to be offline, though it was not immediately clear if he voluntarily pulled it or if hackers brought it down through a denial-of-service attack.

The first thing Anonymous members did was start a spoof Twitter stream, tweeting details about mistresses and other messy, extra-curricular activities. Whoever was behind it wasted no time alerting the mainstream media, who made the most of it.

The second thing they did was release Toews’s personal information on the Web, a common tactic for Anonymous and related hacker groups..

The third thing they did was beautiful: to request all Canadians keep him abreast of all their online activities, at all times.

An example from Vancouver indie icon Sean Orr, who blogs as Don’t Dad:

“any Canadian followrs of Don’t Dad send Vic a message to let him know what you are doing on the internet at this exact moment: [email protected]“

Prepare for an avalanche of the crushingly banal, Mr. Toews.