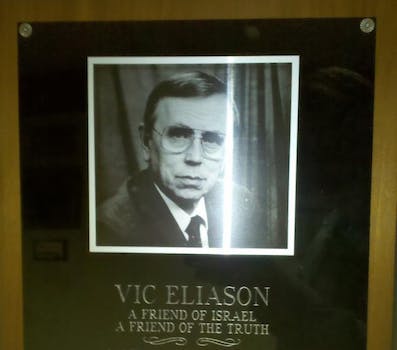 If a random YouTube commenter said it, it must be true!

A conservative Christian radio host has identified what he says is the source of claims that President Obama has engaged in homosexual activity: someone on YouTube.

Vic Eliason, the 76-year-old host of the popular radio network Voice of Christian Youth, claimed Monday that “there are reports out even on YouTube” that people have “engaged in [homosexual] behavior with the President of the United States.”

This isn’t the first time someone has made such a claim on that station.

In May, Pastor Paul Cameron made headlines for suggesting on VCY that Obama’s support for gay marriage “certainly lends some credence” to the idea that the President is secretly gay, though Cameron didn’t name sources.

The Southern Poverty Law Center has called Cameron, a popular anti-gay speaker, “one of the most thoroughly discredited researchers in America.”

However, in an ironic twist, a number of YouTube commenters have come forth with claims that Cameron is actually gay himself.