Photo via danielfsnink/Flickr (CC BY 2.0)

Vicemo shows you who says they’re buying drugs on Venmo

There’s something weirdly appealing about sharing what you’re spending money on. With Venmo, you can document the transactions between friends, noting publicly why you’re giving your roommate $20. It’s become a kind of micro social network, a brief and funny glimpse into our friends’ social and financial lives.

Usually, these notes are boring. They often contain things like “breakfast.” But some people like to have fun with it; serious or not, they note the sex, drugs, and alcohol they claim to be purchasing.

To document this strange Venmo sharing behavior, two developers created Vicemo, an aggregated list of public posts about drug purchases and sexual favors. If someone shares a word like “stripper,” “meth,” “cocaine,” or “oral,” it’s automatically put on the Vicemo list. It even aggregates a selection of emoji, like the little pill, needle, and a variety of weeds.

And there are a lot of people who like to tell others they’re buying drugs. 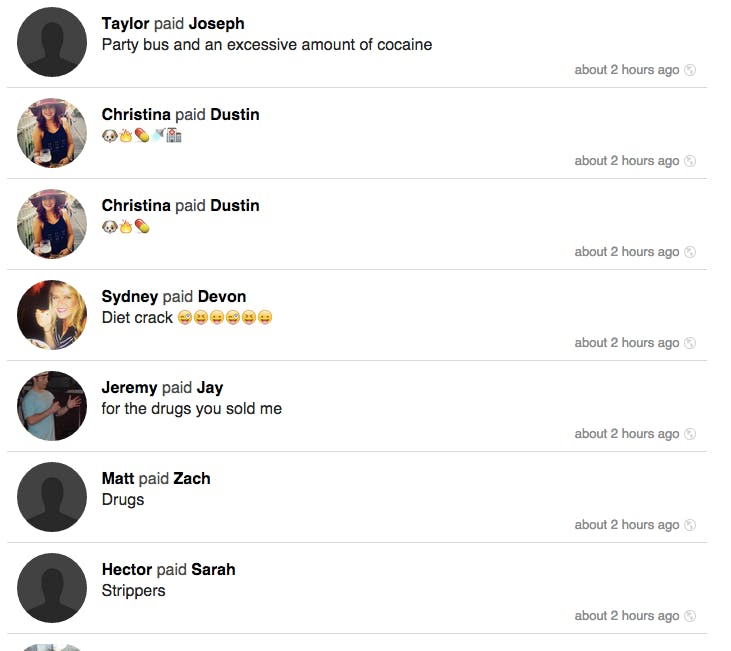 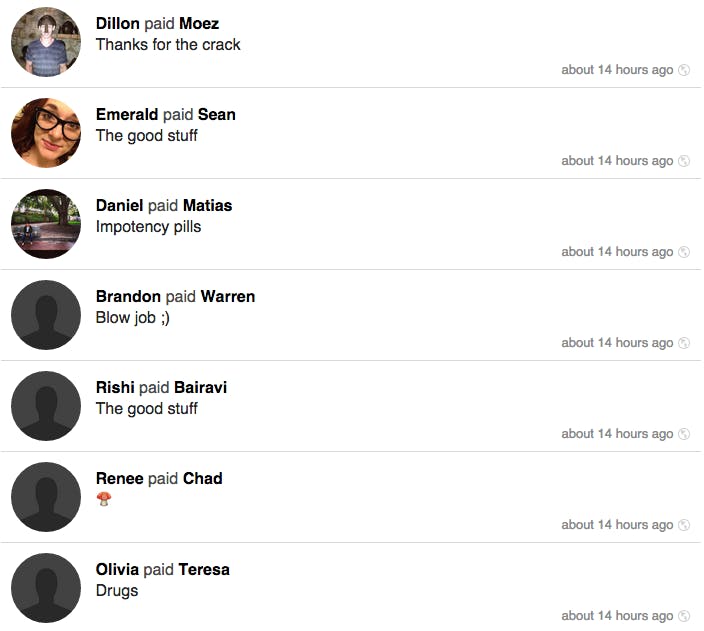 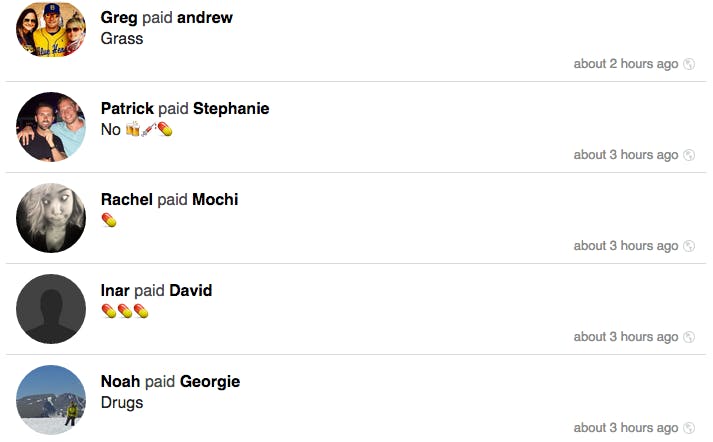 Developers Mike Lacher and Chris Baker created the very public list of vices on Venmo. They’re the same minds behind hilarious tools and plugins like Upworthy Generator and UnBaby.me.

But their latest effort illustrates an interesting and often unexplored part of Venmo, where social sharing meets money transfers. This could be our next comprehensive look at Weird Venmo, a phenomenon that’s similar to things like Weird Facebook and Weird Twitter, where users post random things to get laughs or retweets.

It’s likely most of these people aren’t actually buying drugs from friends. Instead, they’re using the social aspect of Venmo as just another outlet to make in-jokes or appear more interesting than their real transactions actually are.

Though perhaps a few brave souls don’t care whether they’re outing a dealer or showing the public they like to partake in a little after-dinner shrooming.

Photo via danielfsnink/Flickr (CC BY 2.0)