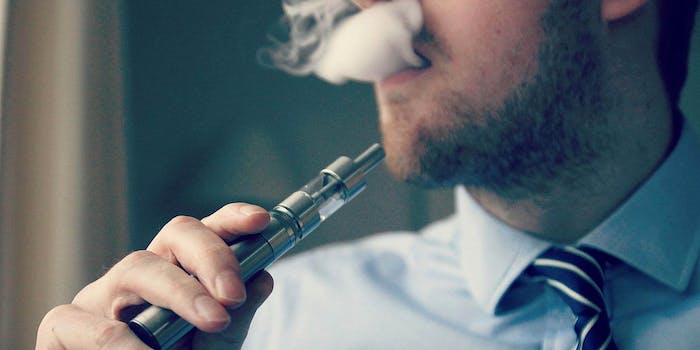 Critics noted that many of the study's participants were former or current cigarette smokers.

A major study that linked the use of e-cigarettes to heart attacks was retracted on Tuesday following pushback from scientists.

The claim, made last June by the American Heart Association, argued that vaping posed similar risks in terms of heart health to that of smoking traditional cigarettes.

The Journal of the American Heart Association (JAHA) said that the study’s authors, Stanton Glantz and Dharma Bhatta of the University of California San Francisco, “did not fully account for certain information.”

Although the authors were later asked to take into account “when specific respondents started using e‐cigarettes,” the pair said that their access to the necessary dataset had been revoked.

“The deadline set by the editors for completion of the revised analysis was not met because the authors are currently unable to access the PATH database,” the journal added. “Given these issues, the editors are concerned that the study conclusion is unreliable.”

Pushback against the study began when Brad Rodu, a tobacco control expert at the University of Louisville, noted that many of the study’s vaping participants were current or former cigarette smokers. Rodu argued that any heart issues could therefore not be reasonably blamed solely on vaping.

Despite the retraction, Glantz argued in a statement on Twitter that the decision was due “to pressure from e-cig interests.”

The retraction comes after President Donald Trump in January announced a ban on most cartridge-based e-cigarette flavors.

Health and Human Services Secretary Alex Azar argued at the time that policy was aimed at keeping children from picking up vaping.

“By prioritizing enforcement against the products that are most widely used by children, our action today seeks to strike the right public health balance by maintaining e-cigarettes as a potential off-ramp for adults using combustible tobacco while ensuring these products don’t provide an on-ramp to nicotine addiction for our youth,” Azar said.