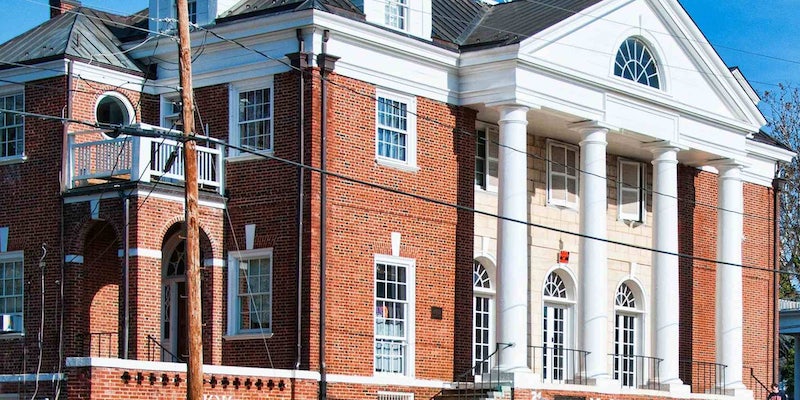 The fraternity called the story 'a sad example of a serious decline of journalistic standards.'

The University of Virginia fraternity at the center of a controversial and now-retracted Rolling Stone story announced on Monday that it will file a lawsuit against the magazine over the piece.

The announcement comes one day after Rolling Stone published a third-party analysis of the many errors in the sensational story, which accused members of the university’s Phi Kappa Psi fraternity of committing a brutal gang rape.

“The report by Columbia University’s School of Journalism demonstrates the reckless nature in which Rolling Stone researched and failed to verify facts in its article that erroneously accused Phi Kappa Psi of crimes its members did not commit,” UVA Phi Kappa Psi President Stephen Scipione said in a statement. “This type of reporting serves as a sad example of a serious decline of journalistic standards.”

Almost immediately after Rolling Stone published Sabrina Rubin Erdely’s story, entitled “A Rape On Campus,” in November, members of the fraternity reported being ostracized and having their fraternity house vandalized.

Within weeks, numerous holes appeared in the story that cast doubts on Erdely’s reporting process. Erdely based her story almost entirely on the testimony of the supposed victim, identified pseudonymously as “Jackie.”

Among the most egregious errors included the fact that, according to social media and fraternity spending records, Phi Kappa Psi did not host a party on the night that Jackie claimed she was assaulted at a fraternity event.

Despite the lapses documented in the report, Rolling Stone has said it has no plans to fire any of the people involved in the article’s publication. It also said it would not make any significant changes to its fact-checking process.

“Erdely’s reporting records and interviews with participants make clear that the magazine did not pursue important reporting paths even when Jackie had made no request that they refrain,” noted the Columbia report’s authors, a group that included the school’s dean, Pulitzer Prize-winning journalist Steve Coll. “The editors made judgments about attribution, fact-checking and verification that greatly increased their risks of error but had little or nothing to do with protecting Jackie’s position.”

A fraternity spokesperson told the Washington Post that it may expand the suit to include both Erderly and Jackie in addition to Rolling Stone.