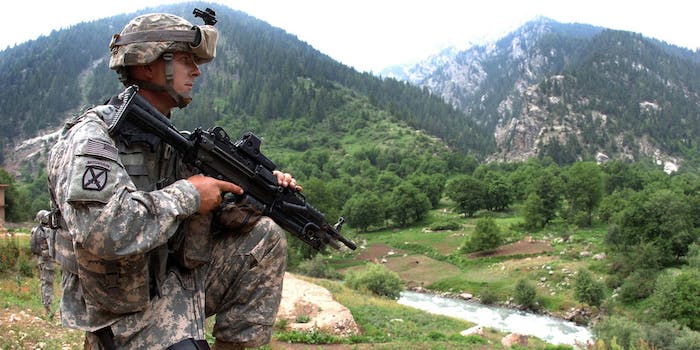 The U.S. military’s universal translator tablet will be in combat by end of 2014.

When American soldiers at war communicate with native populations, there’s always a middle man. For the last decade in Iraq and Afghanistan, that has meant a translator who speaks both English and the local language. Problem is, many translators have been punished and killed for cooperating with American forces.

That will soon change.

Starting next year, some of the 160,000 U.S. soldiers currently serving overseas in over 150 countries will be using a tablet combat translator that allows them to immediately speak to locals no matter what language barrier exists. The device prototype will be tested in combat areas by the end of the year, Pentagon officials said on Wednesday.

The tablet is being developed by the Defense Advanced Research Projects Agency (DARPA), the Pentagon’s research arm that has played a role in the development of major technological advances like the Internet, GPS, and drones.

The combat translator is the first prototype to come out of DARPA’s Broad Operation Language Translation (BOLT) program, a $50 million project designed to enable “real-time interactive translation between two people,” no matter which languages they speak. The translator will even account for language subtleties, like slang, local dialects, and idioms.

There’s much more that stands in the way of a good relationship between occupying soldiers and local citizens than language—unexplained noncombat deaths, for example—but, if the Pentagon’s wishes come true, a good combat translator enabling real-time communication could go a long way towards a better mutual understanding between occupying soldiers and occupied civilians.