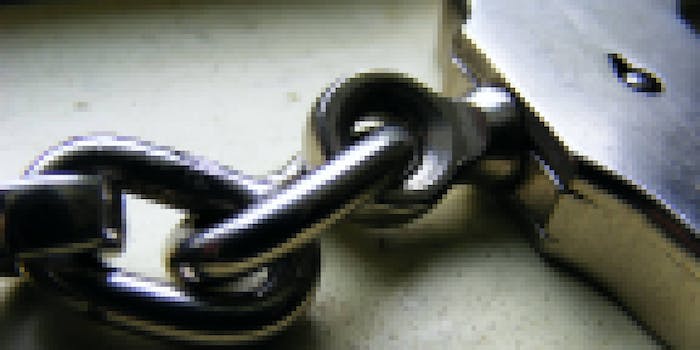 The U.S. Marshals Service plans on selling approximately 2,719 bitcoins obtained through a handful of criminal seizures, it announced Monday.

The coins, currently valued at more than $1.6 million, are like tours through the recent history of cryptocurrency-related crime—all of which (or, at least, some of which) could be yours if you decide to bid in the auction.

Of the nine cases from which law enforcement officials have obtained the coins that are being auctioned, the most high-profile is Ross Ulbricht. Convicted in February 2015 of running the online drug black market Silk Road, which facilitated more than $200 million in sales, Ulbricht was sentenced to life in prison.

This action isn’t the first time the government has put Ulbricht’s currency up for sale. Last November, the government held an auction of 44,000 bitcoins sized from Ulbricht’s digital wallets following his arrest in a San Francisco public library. That sale generated some $14.6 million, but it was only a portion of the 144,000 bitcoins government officials obtained during the Silk Road’s shuttering. At the time, those assets were valued at $28.5 million.

Currency taken from Ulbricht aren’t the only Silk Road-related funds the U.S. Marshals Service is selling. Also being put up to action are coins taken from former DEA agent Carl Mark Force IV, who was sentenced to nearly seven years in prison on charges of extortion, money laundering, and obstruction of justice as part of a scheme to steal hundreds of thousands of dollars worth of Bitcoin while part of the law enforcement team investigating the Silk Road.

The auction also includes bitcoins taken from FakePlastic.net operator Sean Robertson. From 2012-2014, FakePlastic.net sold its customers counterfeit credit cards, debit cards, and driver’s licenses. In addition to accepting dollars, FakePlastic.net accepted payment in Bitcoin, much of which ended up in the hands of the U.S. Marshals Service.

Another chunk of the coins being sold come from the cryptocurrency exchange Tradehill, which experienced a slew of “banking and regulatory issues” before being shuttered by regulators in 2013.

Bidders interested in putting a bid on any of this cryptocurrency should check out the details for entering into the bidding process. The deadline for submitting applications is Aug. 18.