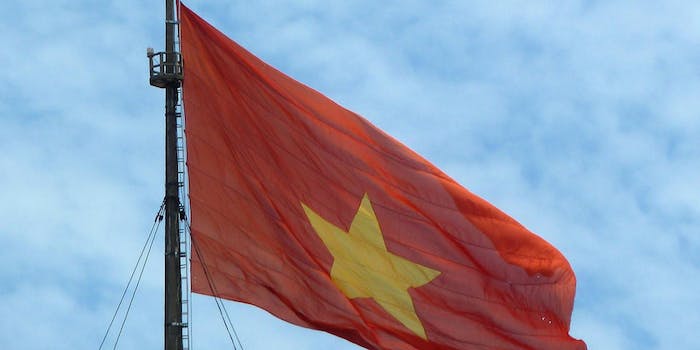 In a letter obtained by the Daily Dot, the U.S. Embassy in Vietnam ironically echoed the same kind of criticisms activists have made against American Internet legislation,

Almost two months after Vietnam announced a drastic new law that would criminalize using online pseudonyms, the United States has formally requested that the country reconsider.

The law, expected to be implemented in late June, poses a number of additional threats to Vietnam’s Internet freedom, such as holding bloggers responsible for all words on their sites and blocking foreign sites that refuse to agree to government censorship restrictions.

In a letter obtained by the Daily Dot, the U.S. Embassy in Vietnam asked Vietnam’s Ministry of Information and Communications—which is responsible for the law—to reconsider. (The letter does not show up in Google and is not available on the U.S. Embassy to Vietnam webpage.)

“[V]arious provisions of the proposed decree,” the U.S. Embassy wrote, “are overly broad and vague, and therefore likely to negatively impact individuals’ rights to freedom of expression in Vietnam. …

“It is neither feasible nor practical for any one country to set rules for a global medium.”

The letter also stressed that this new law would lead to problems in trade relations between the two countries—especially those pertaining to the Trans Pacific Partnership (TPP), a little-understood trade agreement that activists fear could lead to restrictive, international intellectual property laws.

“Implementation of this proposed decree in its current form will setback Vietnam’s goal of becoming a leader in the information and communications technology sector, potentially hurting both consumers and suppliers,” the letter reads.

Even if this new law isn’t implemented, Vietnam’s Internet is among the least free in the world. A regular staple in Reporters Without Borders’ annual Enemies of the Internet index, the country jailed more bloggers in 2011 than any other country, except for China and Iran.