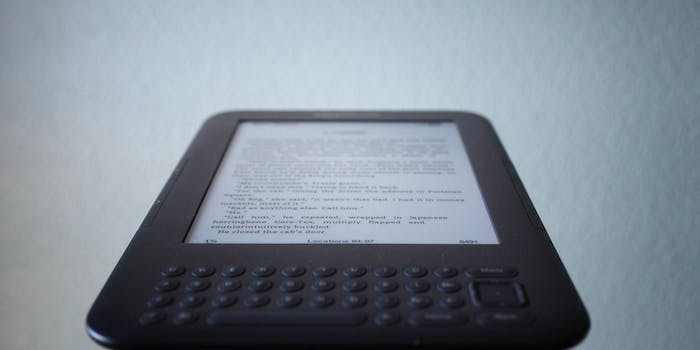 U.S. ambassador to Switzerland sworn in using a Kindle

A proud moment for ebook lovers the world over.

“We the People of the United States, in Order to form a more perfect Union, establish Wi-Fi, insure speedy downloads, and promote the general e-book Welfare…” – Founding Fathers, 2014

History was made on Friday with a very 21st century swearing in ceremony. Suzi LeVine, the U.S. Ambassador to Switzerland & Lichtenstein, became the first U.S. official to take the oath of office on an e-reader. The Kindle Touch was preloaded with a copy of the U.S. Constitution and opened to the 19th Amendment, which gave women the right to vote in 1920. LeVine’s children held the Kindle, though it remains unclear if it was her personal device or one belonging to the government. It should come as no surprise though, given LeVine’s history at Expedia and as a Microsoft executive, that her ceremony would be geared towards the future of tech.

A very 21st century swearing in; @AmbSuzi becomes the 1st U.S. Ambassador to take the oath over an electronic device. pic.twitter.com/5E4bjIRQ2x

LeVine is just one in a string of oath takers who have opted for a digital alternative to print. In February, firefighters in New Jersey were sworn in on an iPad edition of the Bible, while a Nassau County Executive did the same in January.

More than just a trend, could ebook oaths be indicative of a new type of politics? Campaigning on Instagram, opponent smear campaigns on Whisper and Secret, and ballots cast via Snapchat selfie may all lie ahead.