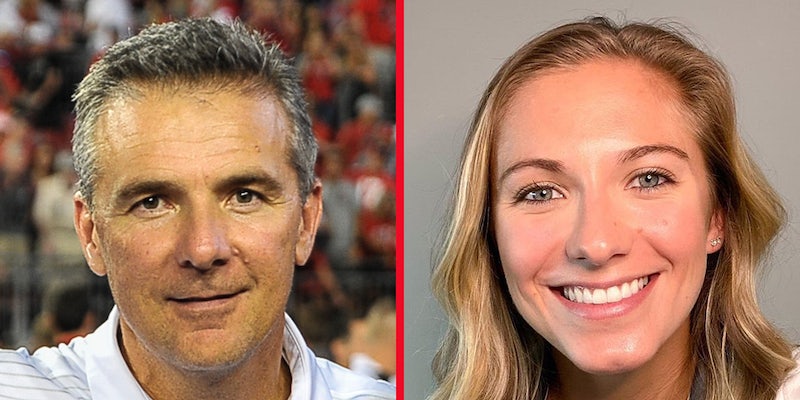 She called for the Kraken to be released.

Urban Meyer was unceremoniously dumped last night as head coach of the Jacksonville Jaguars, just 13 games into his tenure there. At 2-11 and with numerous reports of player and coach mutinies, Meyer’s disastrous tenure will be remembered as one of the worst college-to-pro coach attempts ever seen, up there with both Nick Saban and Bobby Petrino.

Meyer has been accused of hiring a racist coach, ditching his team to hit on young women, kicking a player, and calling the staff he assembled “losers,” among a number of other complaints.

However, according to Meyer’s daughter, it’s all fake news. In fact, she’s taking a page out of the Trump playbook, announcing she’s about to release the “Kraken” over negative press about Meyer’s tenure.

In a series of stories, Gigi Meyer Pruett said she was ready to go to “war” over the media’s coverage of her father, and channeled former President Donald Trump’s election lawyer Sidney Powell by saying she wanted to release the Kraken.

She said that the enemy (presumably Jaguars’ owner Shad Khan who fired Meyer, the media who has written about his various misdeeds, and the Tennessee Titans who shut out the Jaguars last Sunday) wants Meyer to “crumble and crawl in a hole.”

Powell infamously dubbed herself the Kraken in her efforts to challenge President Joe Biden’s 2020 election victory. If we are to go by Powell’s efforts, it’s unlikely Meyer Pruett will accomplish anything with her posts.

Meyer Pruett also shared pictures of her dad hugging various players to prove he was no bully.

What efforts, however, she will actually undertake is unclear. Meyer Pruett did not respond to an Instagram direct message seeking comment.