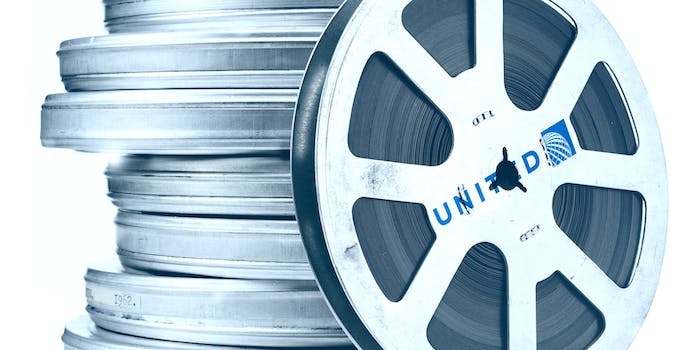 United Airlines has partnered with the Tribeca Film Festival to make the first exclusive movie from an airline.

When it comes to distributing art, there are more options today than at any time in human history. Cable, YouTube, online content networks, mobile phones; all are viable options for young creators trying to get their name out there. However, a new and unexpected name has thrown its hat into the content arms race, United Airlines.

That’s right, United just partnered with the Tribeca Film Festival to commission its first exclusive film, Destination: Team USA, a documentary about prospective Olympic athletes. The film follows five athletes as they train for the opportunity to be a part of the United States Olympic Team in the 2016 Rio games. This is the first time an airline has commissioned an exclusive film, and United wanted to make sure they rolled out the figurative red carpet with a special surprise premiere in the sky.

Passengers might not have gotten truly spoiled with an extra inch of leg room, but 175 passengers flying between New York and Chicago were fortunate enough to see the film on its maiden voyage. When they arrived at their gate, flyers found special decorations announcing they’d be part of the official surprise premiere. Members of the film’s production crew, including its director, were onboard the flight to answer questions following the screening. There is currently no word on if movie popcorn is more expensive in the sky or in the theater.

While this is a big step for United, their participation was necessary to ensure that the film could be made. Shot in just ten and half weeks, in 15 cities, and six countries, the logistics of making the film required a ton of expensive air travel, travel that was made more reasonable by working with United. Given United has been a sponsor of Tribeca for the last three years it seems like a match made in heaven, or at least 30,000 ft above the earth.