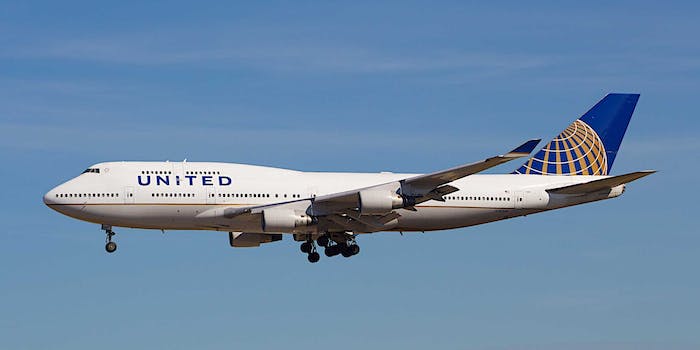 We experienced a network connectivity issue. We are working to resolve and apologize for any inconvenience.

According to United, the issue stemmed from a malfunctioning router, which which disrupted the network and the company’s passenger reservations system. The glitch made it difficult for fliers to check in for flights.

The issue, since resolved, left thousands of travelers stranded with little recourse. The company directed passengers to its website to change flight plans in attempts to get them to their destinations. The nationwide grounding lasted from 8:00am to 9:49am ET.

The stoppage was initiated by the Federal Aviation Administration at the request of United, which grounded all mainline aircraft operated by the company. Commuter flights were also suspended for part of the grounding. United has nearly 700 mainline jets and 500 commuter planes operated by partner companies.

This is the second technology issue that has led to major delays for United in the past month. On June 2, the airline grounded its flights due to faulty “dispatching information” which was generating incorrect flight plans. United insisted at the time that it was not caused by an outside source.

In May, United encouraged security experts to help squash bugs in the company’s computer system in exchange for frequent flier miles. If it keeps experiencing these issues, it might be time to up the bounty.