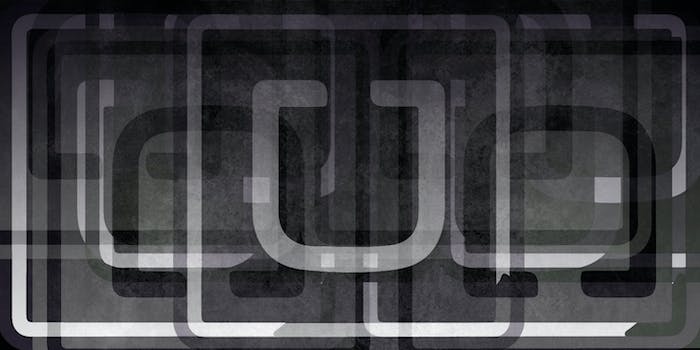 UN Women will not be partnering with Uber

Well that was fast.

Uber’s partnership with UN Women aimed at creating 1 million jobs for female drivers by 2020 is no more.

When the on-demand taxi service initially launched its plans on March 10 to partner with the organization for a “vision for equality,” many people were quite critical of the decision for UN Women to partner with Uber, including the union group International Transport Workers’ Federation (ITF). The company has a fraught history of being unable to handle issues of violence towards women, both drivers and passengers, who use the platform.

Women have reported incidents of rape, assault, kidnapping, and harassment from male drivers and passengers, and the list of complaints against on-demand car services continues to grow.

On Friday, UN Women Executive Director Phumzile Mlambo-Ngcuka announced that the organization is no longer partnering with the car service, Buzzfeed reported.

“Not only are we listening, but we are aligned,” Mlambo-Ngcuka said. “And I want to assure you that UN Women will not accept an offer to collaborate on job creation with Uber. So you can rest assured about that.”

In a video of the announcement, Mlambo-Ngcuka didn’t provide any details as to why the partnership ended, except that they listened to and took people’s feedback to heart.

Uber, for its part, will continue to work to create 1 million jobs for women by 2020.

A UN Women representative told Forbes that Uber sponsored a recent UN Women event, but there will be no partnership beyond that.

“Beyond this event, we have not discussed opportunities to engage with Uber, including in the context of their commitment to create 1 million jobs for women in the next five years,” UN Women’s Oisika Chakrabarti told Forbes. “At this point, we do not plan to expand the collaboration.”

Uber provided the following statement to the Daily Dot.

Uber was proud to sponsor the UN Women event last week, and we share their vision of accelerating economic opportunity for women globally.  As part of our commitment to this vision, Uber set an ambitious goal to create 1,000,000 jobs for women as drivers on the Uber platform by 2020.  Uber will be seeking advice from UN Women and groups around the world on the best way to achieve the important goal of economic equality and opportunity for women.

In a statement provided to the Daily Dot, a spokesperson for UN Women said the organization does not plan on expanding the partnership beyond last week’s event.

Uber global has provided sponsorship for UN Women’s event to commemorate the 20th anniversary of the Beijing Platform for Action; “Planet 50-50 before 2030: Step It Up for Gender Equality”. UN Women is grateful for Uber’s generous support to this event, and encourage Uber to continue its efforts to promote gender equality. Beyond this event, we have not discussed opportunities to engage with Uber, including in the context of their commitment to create 1 million jobs for women in the next five years. At this point, we do not plan to expand the collaboration.

Update 6:22p.m. CT: This story has been updated to include a statement from Uber.

Update 7:33p.m. CT: This story has been updated to include a statement from UN Women.