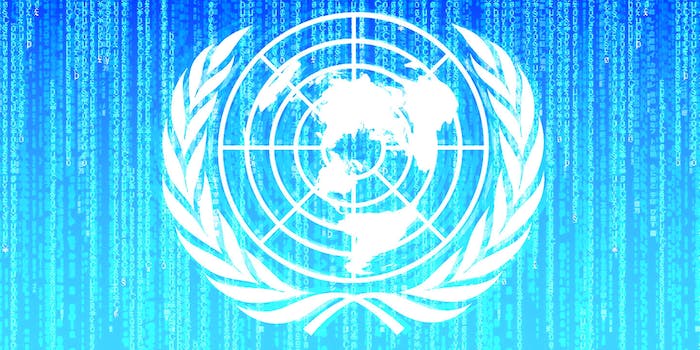 He's not happy with the direction that the debate is taking.

The United Nations‘ chief spokesman for privacy and digital freedom is not happy with the government’s anti-encryption push that recently landed on the prestigious pages of the New York Times op-ed section.

In an Aug. 11 editorial, law-enforcement officials from four countries attacked encryption as a tool of criminals and thieves. They also wrote that Apple and Google‘s push for stronger and more wide-reaching encryption set a dangerous precedent.

“On behalf of crime victims the world over,” the officials wrote, “we are asking whether this encryption is truly worth the cost.”

Of the 22 state-level wiretaps involving encryption last year, officials were only unable to decrypt the communications in two cases.

One of the authors was Manhattan District Attorney Cyrus Vance, Jr., who has consistently criticized the new forms of encryption offered by major tech companies and accused them of aiding and abetting criminals. Both Apple and Google encrypt users’ locked mobile devices by default, preventing the companies from accessing data on the secured smartphones or tablets.

David Kaye, the U.N. Special Rapporteur for privacy and online freedom of expression, hit back at the editorial in a response published Friday on the Times‘ website. He called the attacks on encryption “a canard that distracts from police and intelligence failures.”

“Not only is encryption vital for privacy, opinion, and expression, but it has posed few barriers to law enforcement, based on United States Justice Department statistics,” Kaye wrote. “In fact, in the digital age, law enforcement officials have all the tools of metadata collection, geo-location and traditional physical surveillance and police work to do their job well.”

Kaye, who was appointed to the position of Special Rapporteur for privacy and online freedom in March, wrote a landmark report in May defending encryption and warning that nations should “avoid all measures that weaken the security that individuals may enjoy online, such as backdoors, weak encryption standards and key escrows.”

Backdoors, which let police bypass the encryption in hardware and software, have been at the center of a decades-old debate known as the “Crypto Wars.” In recent years, FBI Director James Comey and other senior law-enforcement officials have suggested that tech companies be required to build these measures into their products. Security experts nearly unanimously oppose backdoors, pointing out that they weaken security and could increase the frequency and severity of hacks and data breaches.