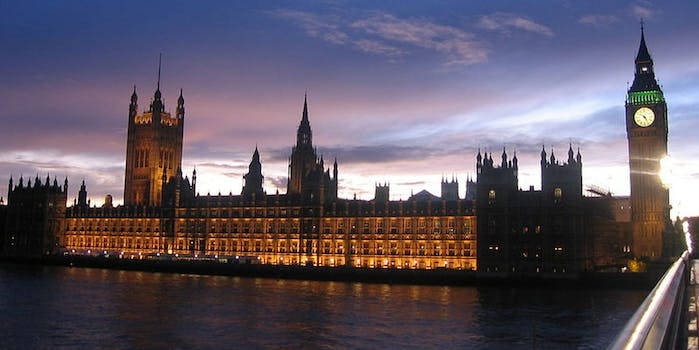 The Conservative government insists that there is causal link between the two factors.

The British government has just published statistics revealing that thousands of people seeking welfare benefits died within weeks of being found “fit to work” and having their benefits cancelled.

The release of the statistics follows a protracted campaign from journalists and activists, including a Change.org petition that garnered almost 250,000 signatures. Many have already accused the Department of Work and Pensions (DWP) of stalling its response until after this year’s election in May.

The most shocking mortality data comes from a document about disability-related benefits. Between December 2011 and February 2014, 81,140 people died within six weeks of “flowing off” benefits such as ESA (Employment and Support Allowance), which the government pays to people who cannot work due to illness or disability.

The DWP emphasized that readers should assume “no causal effect” from these figures, because they do not list reasons for each death. However, they will surely fuel the widespread belief that many of these deaths are a direct result of drastic cuts to the government’s welfare budget.

Over the past five years, the DWP has made a public effort to reduce the number of people claiming government benefits. This included the introduction of “fit to work” assessments, which are used to determine whether people are qualified to receive disability benefits.

The newly published documents show that 2,380 former ESA claimants died within two weeks of being declared “fit to work.” A further 1,360 people died after appealing that decision and seeking to have their support allowance reinstated.

There have been several highly publicized cases of people dying after being declared “fit to work,” such as Jacqueline Harris, a 53-year-old former nurse who was partially sighted and suffered from arthritis. Harris took her own life after losing an appeal to regain her incapacity benefits. Hers was one of many suicides linked to benefits sanctions.

Scotland’s Herald newspaper reported last week that, in preparation for further welfare reforms, some DWP call-center employees had been given guidelines for dealing with suicidal callers.

These employees, who are not counselors or social workers, were given a “laminated pink card” advising them to gather information about callers who say they want to harm themselves, including finding out “whether the customer has the means to hand.” The guidelines indicated a clear awareness that welfare cuts were directly endangering people’s lives.

Commenting on the long delay in releasing updated mortality statistics, opposition welfare minister Kate Green said, “The shenanigans in the DWP around the release of these statistics are concerning and puzzling if the department has nothing to hide.”

DWP officials explained the delay by citing a need for rigorous fact-checking.

Photo via Reddingpa/Wikimedia Commons (CC BY 3.0)