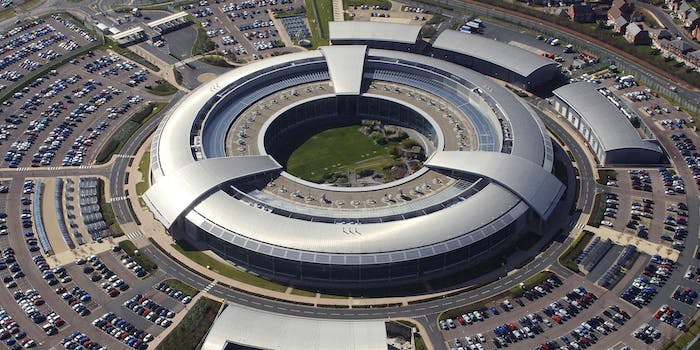 'They are breaching the public’s human rights.'

A U.K. court ruled on Tuesday that the country’s digital mass surveillance regime was unlawful in a devastating legal blow that may see the government forced to scale back its program, the Guardian reported.

In an appeals challenge to the Data Retention and Investigatory Powers Act (DIRPA), which facilitated the bulk collection and retention of citizen’s internet activity and phone records, three judges ruled the powers were in breach of E.U. law because they lacked adequate safeguards around accessing that personal data. In December 2016, the E.U.’s highest court ruled that the “general and indiscriminate retention” was illegal.

Under the law, police and law enforcement agencies could access citizen’s data without court authorization or oversight.

Tuesday’s ruling was part of a long-running case brought by Labour Party deputy leader Tom Watson and human rights campaign group Liberty in 2014. It followed a judgment by the U.K.’s High Court in 2015, which had also concluded the law’s illegality.

“This legislation was flawed from the start. It was rushed through Parliament just before recess without proper parliamentary scrutiny,” Watson said in response to the appeals court ruling. “The government must now bring forward changes to the Investigatory Powers Act to ensure that hundreds of thousands of people, many of whom are innocent victims or witnesses to crime, are protected by a system of independent approval for access to communications data.”

DIRPA was introduced as emergency legislation and rushed through the U.K. parliament in one day back in 2014. The law expired in 2016 and was replaced by the Investigatory Powers Act (IPA), popularly referred to as the “snooper’s charter,” which introduced even more intrusive mass surveillance and bulk data collection powers.

The new law borrowed much of the legislative framework that made up DIRPA and, further to it, required internet service providers to retain subscribers’ browsing histories for at least a year and legalized targeted hacking by law enforcement.

When the IPA became law, National Security Agency whistleblower Edward Snowden tweeted that it was “the most extreme surveillance in the history of western democracy.”

Activists, having proven in court that mass surveillance is incompatible with fundamental rights of citizens, now have the IPA in their sights.

“Yet again a UK court has ruled the government’s extreme mass surveillance regime unlawful. This judgment tells ministers in crystal clear terms that they are breaching the public’s human rights,” said Martha Spurrier, director of Liberty. “The latest incarnation of the snoopers’ charter, the Investigatory Powers Act, must be changed.”