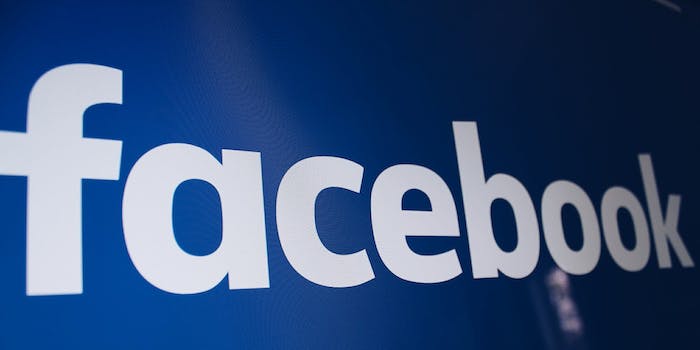 Facebook demands return of documents as U.K. plans to publish

Documents seized by the U.K. Parliament in the wake of the Cambridge Analytica scandal show that Facebook considered selling its users’ data to large corporations, the Wall Street Journal reports.

According to an unredacted PDF contained in the documents, Facebook considered limiting corporations’ access to user data unless those companies paid significant sums—$250,ooo.

In April of this year, Zuckerberg said unequivocally that the company doesn’t sell data. But after struggling to earn revenue following its initial IPO, the company realized it was sitting on a cash cow since third-party apps could already access user information for free.

The documents are said to contain pertinent details on decisions regarding data and privacy controls that ultimately led to the fiasco, which saw as many as 87 million Facebook users’ information handed over to the data broker.

It is also alleged to include private emails between Zuckerberg and Facebook executives, the document cache was taken from the founder of U.S. software company Six4Three during a recent business trip to London.

Six4Three obtained the social media company’s documents as part of a lawsuit, which alleges Facebook knowingly allowed Cambridge Analytica to take advantage of its lax privacy policy in order to collect user data.

Advertisement Hide
After learning of the Six4Three founder’s trip to London, conservative MP and Digital, Culture, Media and Sport (DCMS) chair Damian Collins demanded copies of the documents as part of the U.K.’s inquiry into the social media company.

According to the Guardian, Collins went as far as to send a sergeant at arms to the Six4Three founder’s hotel after initial inquiries were ignored. The software company founder, who refused to comply with a two-hour deadline, eventually handed over the documents after being escorted to Parliament and threatened with fines and imprisonment.

“We have followed this court case in America and we believed these documents contained answers to some of the questions we have been seeking about the use of data, especially by external developers,” Collins said.

Facebook is attempting to keep the U.K. from making the information public as the files are currently subject to a protective order as part of the Six4Three lawsuit.

“The materials obtained by the DCMS committee are subject to a protective order of the San Mateo Superior Court restricting their disclosure,” Facebook said. “We have asked the DCMS committee to refrain from reviewing them and to return them to counsel or to Facebook.”

Facebook’s public policy vice president Richard Allen has also contacted Collins about the documents. Collins, who has since reviewed the files, argued in response to Allen that the U.K. has the right to publish them.

I have written back to Richard Allan at Facebook following their email to me today regarding the documents ordered by @CommonsCMS from Six4Three. You can read a copy of it here pic.twitter.com/lXWS2gOPBM

The tug-of-war between the U.K. and Facebook comes just one month after a British watchdog fined the social media giant $641,000 over the Cambridge Analytica debacle.

The remainder of the seized documents are expected to be made public next week.