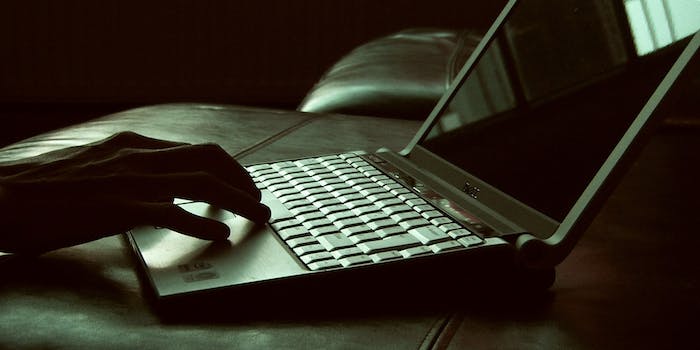 Waiting to hear back from a job application is stressful at the best of times, but a recent British TV investigation just revealed something much worse. As it turns out, many of the U.K. government’s official job ads are the result of an online scam.

In the U.K., every registered unemployed person is required to sign up to the official Jobmatch website or face losing welfare benefits. But over the past few months, many Jobmatch users began to notice that there was something weird about some of those government-advertised jobs.

Channel 4 looked into the situation after an out-of-work librarian reported that Jobmatch seemed suspiciously full of near-identical ads for library jobs across the country, in a climate when this type of work was supposed to be all but nonexistent. An investigation revealed that not only did none of these jobs exist, but over 11,000 other fake jobs were lurking on the site. In one Scottish town, a third of all local job ads were fake, meaning that unemployed people had little choice but to waste time applying for them on the mandatory government website.

Most of these jobs seemed to be posted by the same handful of recruitment agencies, all of which could be traced back to one person, a businessman and Baptist deacon named Mark Coward. He profited from the fake job ads by encouraging applicants to register at a recruitment site, CV-library, which paid £1 for each new referral. It may not sound like much, but with him creating thousands of jobs in the name of at least ten dummy recruitment agencies, he was able to make thousands of pounds.

According to Coward, he had been given details of the job ads by a New Delhi outsourcer named Vikram Mishra. He also claimed that he had no idea the jobs were fake, despite the fact that he admitted to deleting applications after receiving them. Channel 4 was unable to find any evidence that Vikram Mishra exists.

Coward’s account has now been removed from Jobmatch, along with thousands of false ads. However, job seekers say that they had been reporting similar fake recruitment accounts for months, with no noticeable result until the government was finally contacted by Channel 4 news.