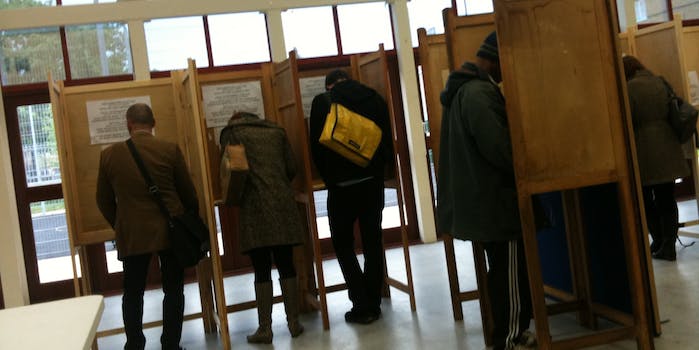 Can this algorithm accurately predict the U.K. election based on Twitter?

Could this be more reliable than traditional polling methods?

A team of researchers is attempting to predict the outcome of Thursday’s U.K. election by tracking what voters post on Twitter.

Computer scientists from the University of Warwick joined forces with the City University of London’s journalism department to create an algorithm that aggregates and analyzes people’s tweets about the election.

“We are trying to define and extract meaningful features out of the noisy, user-generated content published in Twitter,” said Adam Tsakalidis, one of the researchers involved with the project. “This includes the number of users mentioning a political party and the number of users who have expressed a negative opinion about this party on a certain day.”

Instead of just paying attention to simple statements like “I voted for Labour,” the algorithm also tracks the “sentiment” of political tweets. This information is then combined with traditional polling results in the hope of getting a more accurate picture of which way people are voting.

The most obvious issue here is that some demographics use Twitter more than others. For example, elderly voters are less likely to post on social media and more likely to vote for parties like the Conservatives or UKIP, meaning those parties might be underrepresented on Twitter. However, the current Twitter-based data looks surprisingly accurate compared to the results of recent opinion polls across the country.

At press time, the algorithm had Labour and the Conservatives tied at around 33 percent each, followed by UKIP at 13 percent and the Liberal Democrats at nine percent.

Of course, these percentages only refer to results across the U.K. as a whole. Thus, they don’t actually indicate who will be in government, because while UKIP is polling relatively high, they are only projected to win two or three individual seats. Meanwhile, the Scottish National Party is polling at about 4 percent but is likely to win 50 or more of Scotland’s 59 available seats.

Time will tell whether this algorithm is as accurate as traditional exit polls. But until they can tailor it to measure specific local results by constituency, it’s unlikely to predict the real result of a British election.