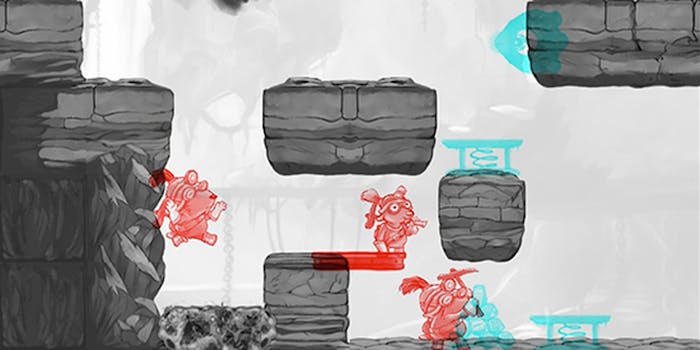 Ask your doctor if Dig Rush is right for you.

You won’t see your local GameStop promote a new Ubisoft game called Dig Rush, but you just might see it being played at your doctor’s office.

Dig Rush is designed to help those who suffer from amblyopia, more commonly known as “lazy eye,” and all it needs is clearance from the FDA before it can be used to treat the vision disorder in the United States.

Amblyopia occurs when the brain favors one eye over the other, weakening the patient’s depth perception and disrupting his or her vision. Wearing an eye patch is one leading treatment for the disorder, but that’s not always a practical solution. It is often first detected in childhood, and getting kids to wear a black patch over their eye is difficult. 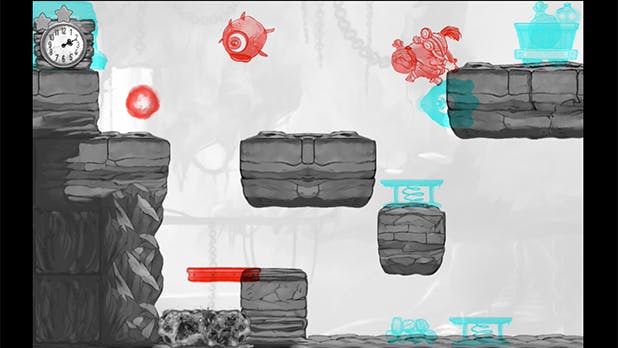 Dig Rush underwent clinical trials in Canada and was developed by Montreal-based Ubisoft in partnership with amblyopia therapy researchers at Amblyotech. It’s a 2D platform-style game in which some characters appear as blue and others as red. The player wears a pair of glasses, one lens of which is blue and the other red, just like the cheap 3D shades you might have gotten in a movie theater years ago.

By forcing both eyes to work at identifying objects that the other cannot, the game trains the brain to favor both eyes equally. Players are asked to play just one hour per day for a total of six weeks; Amblyotech says that 90 percent of those who have participated in trials have shown improvement.

Getting a child to play a video game is a whole lot easier than convincing him or her that nobody will notice an eye patch, and with results as convincing as those found in clinical testing, Dig Rush might be one of the most important games of the year—even if you can’t buy it at the store.