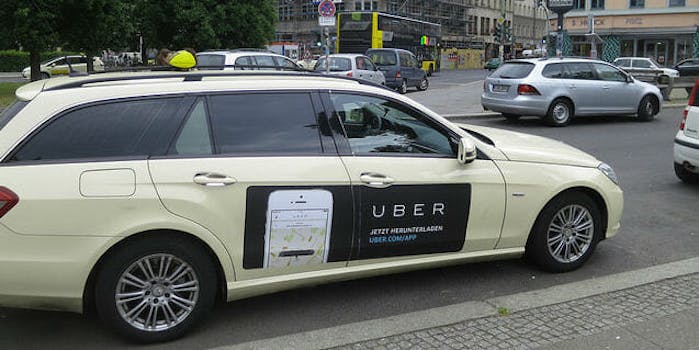 The company will be forced to adhere to state regulations.

Uber suffered yet another stinging setback overseas on Wednesday as the European Union’s highest court declared the company a transportation service, not a technology platform. The judgment caps off years of legal battles between the ride-hailing giant and taxi drivers who believe Uber entered the market as an unfair competitor.

Under the new title, Uber will be forced to comply with regulations enforced by individual E.U. member states that are typically more strict than those for electronic services. Regulations enforced by some countries could prevent the company from expanding its services and regaining a foothold in the European market. It will also make it nearly impossible for Uber to irradicate taxi services and establish itself as a ride-hailing monopoly, as it has done in other markets.

Uber may now need to obtain permits, abide by limitations on the number of drivers that can operate at once, and may only be allowed to service licensed drivers. Some countries, like the Netherlands, only allow commercially licensed taxi drivers to operate transport services and often administer the licenses themselves. In others, like London, drivers are required to have a private hire license.

The court’s ruling will apply to all 28 countries within the E.U., each of which has its own set of rules, some more strict than others. It’s clear Uber will now need to work on a state-by-state basis with city regulators to understand its operating rules and attempt to carve out space for itself and rival services, which will need to abide by the same regulations.

Denmark is a particularly good example of what these rules could mean for Uber. The country recently drove the ride-hailing giant out after it passed a taxi law that required transport companies to include fare meters and seat sensors, among other things.

The level of regulation placed on Uber by individual states could have an impact on the so-called gig economy as a whole. It’s reasonable to believe other peer-to-peer services like Airbnb will face similar classifications that result in heavier regulation.

Uber and its new CEO Dara Khosrowshahi tried to downplay the ruling in a statement on Wednesday, claiming it will have little effect on how it operates in most countries. While it’s true that some E.U. countries already enforce heavy regulations, the new ruling makes it clear where Uber stands and gives states the ability to regulate without interference.

Not a setback, since we’ve already changed our approach in the EU to follow transportation laws and work with professional drivers. And we are going to keep talking with EU governments to enable affordable transportation services for millions more Europeans https://t.co/vd6pUnzw0U

“This ruling will not change things in most E.U. countries where we already operate under transportation law,” an Uber spokesperson told TechCrunch. “However, millions of Europeans are still prevented from using apps like ours. As our new CEO has said, it is appropriate to regulate services such as Uber and so we will continue the dialogue with cities across Europe. This is the approach we’ll take to ensure everyone can get a reliable ride at the tap of a button.”

The original complaint was filed in 2014 by taxi drivers in Barcelona who believed Uber entered the market with misleading practices. It marks the latest in a series of setbacks Uber and other ride-hailing companies have faced in Europe—the worst of which being London’s outright ban of the service citing its failure to protect drivers.