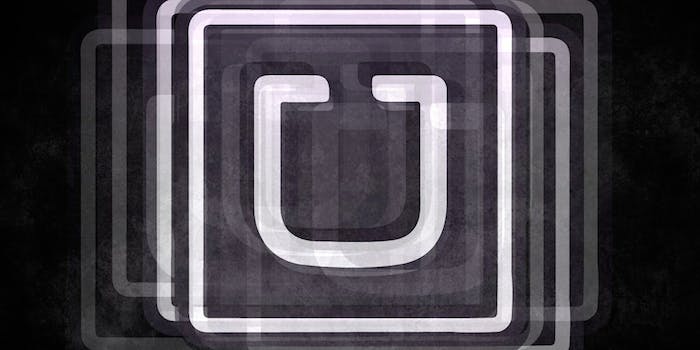 Need a getaway driver? There's an app for that.

Uber has opened up a whole new world for ride-seekers who need transportation at a moment’s notice. Apparently, the appeal of such a service extends to criminals, too, but as one Baltimore robbery suspect discovered, Uber isn’t exactly the perfect getaway driver.

After Dashawn Terrell Cochran allegedly robbed a convenience store at gunpoint, demanding cash from the clerk before fleeing on foot, he decided to make his escape by calling an Uber. Officers were hot on his trail, after all, and he was just doing what any modern thief with a smartphone would do.

Shortly thereafter, Cochran hopped into the back seat of a silver Lexus, which police promptly pulled over. He apparently did not attempt to take the driver hostage or violently engage police, and he was taken into custody without incident.

Cochran was arrested for armed robbery and a pair of assault charges as well as theft. The unsuspecting Uber driver was allowed to leave the scene after questioning.

Uber drivers have been on the receiving end of criminal complaints in the past, prompting some to question how well the company screens its potential drivers. In this case, the driver ended up being an unwitting accomplice.