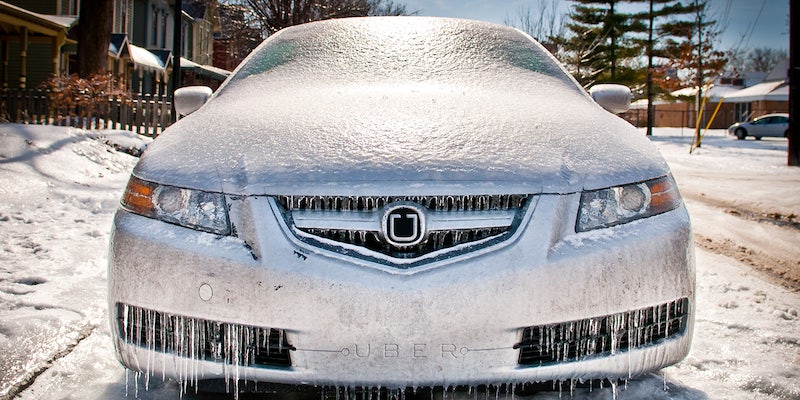 2015 is off to a rough start for the already beleaguered Uber.

2015 is just a week old, but it’s off to a rough start for the already beleaguered Uber. The New York City Taxi and Limousine Tribunal has suspended five of the six Uber-owned car bases in the Big Apple after a ruling issued on Tuesday, according to a report from the New York Business Journal.

Update Jan. 8: The suspension has been lifted.

The news comes after a months-long struggle that began with Uber’s refusal to comply with an Oct. 9 Taxi and Limousine Commission request that Uber hand over electronic trip data for rides between April and mid-September. The operation centers in question will not be able to run legally until Uber agrees to release the records and pay a $200 fine.

An Uber rep told Business Insider that service would not be affected.

The San Francisco–based ridesharing company has one facility in New York that was unaffected by the ruling. The company will operate its entire fleet out of this location for the time being. The ban affects both UberX and Uber Black fleet partners.

Uber says the request is akin to surrendering trade secrets that would put the company at a competitive disadvantage. Lyft and other competitors have complied with the request.

It remains to be seen whether and for how long Uber can continue to operate out of the single facility unaffected by the ruling, or what other leverage the Tribunal might have in forcing the company to comply with its request.