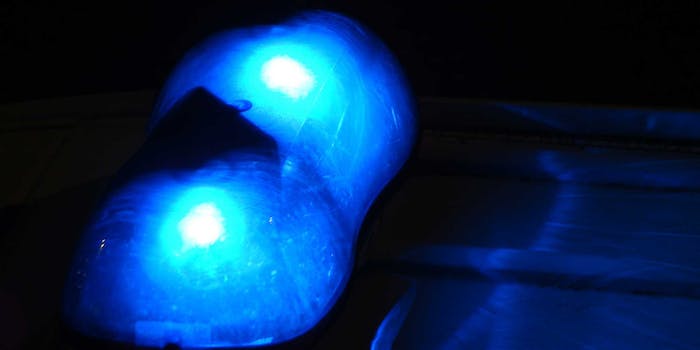 While Uber fights labor laws in the United States, its executives in France find themselves in police custody. Uber France CEO Thibaud Simphal and Uber Europe GM Pierre-Dimitri Gore-Coty were arrested today according to Agence France-Presse.

The company executives have been charged with two allegations: operating an illegal taxi business and concealing digital documents. The charges follow an ongoing investigation into the company by French officials that started in November, which led to the police raiding Uber’s Paris office in March.

Uber has been a controversial presence just about everywhere it goes, but tensions surrounding the company’s presence in France have been especially high as of late. Protests against the company, which drew nearly 3,000 frustrated cabbies, turned violent last week, as taxi drivers began attacking Uber cars and drivers. More than 70 cars were damaged in the incident and arrests of both cabbies and Uber drivers were made.

Much of the anger is aimed at UberPOP, the European equivalent to UberX in the U.S., which allows anyone to become an on-demand driver. The service is cheap and requires only a standard driver’s license as opposed to a professional license like taxi drivers must have.

The troubles in France may have reached a new pinnacle with the announcement of the arrests, but it has long been building within the country and throughout the rest of the world.  Uber founder and CEO Travis Kalanick was charged with running an illegal taxi ring in South Korea. In the United States, the business model has come under fire in recent months, including a recent court case that deemed an Uber driver to be an employee of the company rather than an independent contractor.

French officials have specifically taken aim at Uber due to unfair competition and tax advantages the company benefits from. A law was passed in France in October that banned the practice of connecting riders with unregistered drivers, but Uber continued to operate and won temporary reprieve from the law. The frustration caused by the company’s perceived advantages spawned to the investigation that has now led to the two Uber executives being taken into custody.

Uber has not yet responded to request for comment.