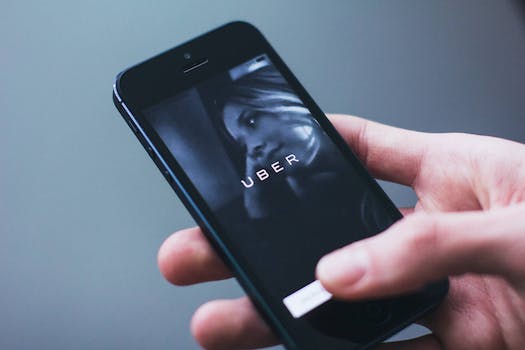 When it comes to your data, Uber is actually pretty reliable

Your data is safe, even if you aren't.

Uber has come under fire for its failure to provide riders with assurances that their trips will be safe, but the company reiterated its intent to at least keep personal information protected at the Infosecurity Europe conference in London this week.

Speaking at the event, ?Samantha Davison, Uber’s security awareness and education program manager, emphasized the company’s focus on ensuring its employees know how to protect against and react to a data breach.

According to ZDNet, Davison said that her security initiative has created the opportunity to “bake security into our culture.” She explained that the mission statement for her team is to “make security as instinctive as breathing for all our employees, so they automatically know what to do.”

Her efforts have included building programs specific to different locations where Uber operates—now totaling 70 regions, according to Davison—and attempting to increase engagement in security initiatives throughout the company’s 6,700 corporate employees. This has included creating gamification programs to get younger employees to participate.

The attempt by Uber to show just how serious it is about security likely isn’t a coincidence; the company has a long way to go to winning the public trust.

According to a Morning Consult poll conducted earlier this year, only 18 percent of people trust Uber with their personal data. Home Depot, the victim of one of the largest data breaches in history that led to compromised credit and debit cards of millions of people, scored higher than Uber in customer confidence when it comes to security.

The lack of trust placed in Uber when it comes to personal information is surprising considering the company’s security practices. The Electronic Frontier Foundation (EFF) gave Uber a perfect score on its “Who Has Your Back?” report, which analyzed how sharing-economy companies handle user data.

However, the company has racked up a bad reputation when it comes to general safety. A revelation that the company had a “God view” feature that allowed its employees to view the location of everyone with Uber installed on their smartphones likely has given users pause.

Uber has also regularly fought against additional regulation, additional background checks on its drivers, and further safety precautions for riders.

Accusations of rape and sexual assault, including a report of thousands of support tickets alleging sexual misconduct committed by drivers, have been a cause of concern for many riders. Even in the wake of a mass shooting in Kalamazoo, Michigan, committed by an Uber driver who passed the company’s background check, Uber reiterated its belief that its safety provisions are sufficient and said no policy changes would be implemented.

Just months after the events in Michigan, the company spent millions of dollars fighting regulations in Austin that would require fingerprint-based background checks on all drivers—a fight that it lost, which caused the company to leave town.

Protecting the information of riders and drivers is incredibly important, especially on a platform like Uber that maintains not only credit card information but potentially sensitive location-based data. Keeping that information protected is an ongoing effort that requires regional-sensitive programs.

Keeping the people in the car just as safe deserves the same attention.