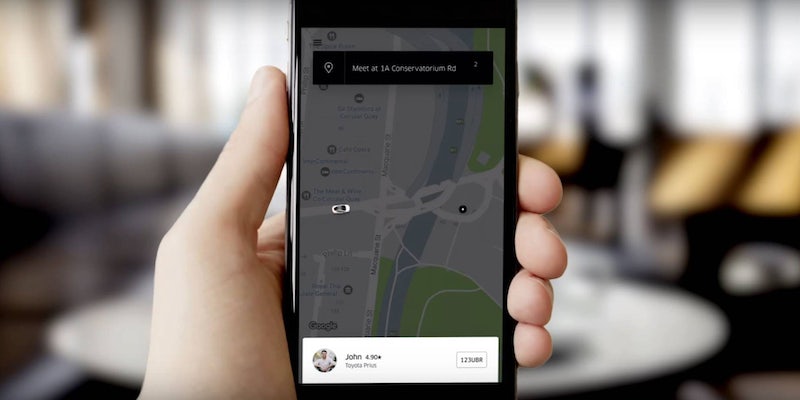 A French businessman is suing Uber for $45 million after a bug in the ride-hailing app led to his divorce.

A glitch in the Uber app allegedly allowed the man’s wife to keep tabs on his location, and determine he’d been cheating on her, according to the French newspaper Le Figaro. The man had previously used his wife’s iPhone to hail an Uber, but the device continued receiving notifications even after he logged out.

Those notifications led his ex to believe he had been cheating on her.

And the man now wants Uber to pay for it.

He is suing for a hefty $45 million in damages, claiming the app (not the whole cheating thing) led to his divorce.

Le Figaro was able to replicate the incident on iPhones (Android users, you’re probably safe), and says it is possible to obtain the information on an Uber passenger’s location without needing a password.

Uber, understandably, doesn’t want anything to do with all this. The company told the newspaper, “Uber doesn’t publicly comment on individual cases, and especially those which concern things such as a divorce procedure.”

The case will have an initial hearing in late February.