We compare Michele Bachmann to Herman Cain on Twitter. Twitter has become an important tool for voters to communicate directly with politicians. Michele Bachman and Herman Cain, both loved by Tea Party supporters, have each held onto controversial positions for the Republican presidential nomination in the run-up to the Iowa Caucus.

We were curious at the Daily Dot what these two candidate are seeing in their @Mentions on Twitter. These wordclouds show the frequency of word usage in tweets directed at other candidate over the past 24 hours.

Recent polls in Iowa place Bachmann at 22% of likely Republican primary voters. She’s had a few recent press issues, and those are clearly reflected in the tweets she’s seeing today. The most commonly posted url in Bachmann’s feed today links to Human Rights Campaign’s petition to raise awareness of Bachmann’s radical views on homosexuality. The frequency of the word “dangerous” is also striking, but doesn’t appear to have correllation to any specific issue. 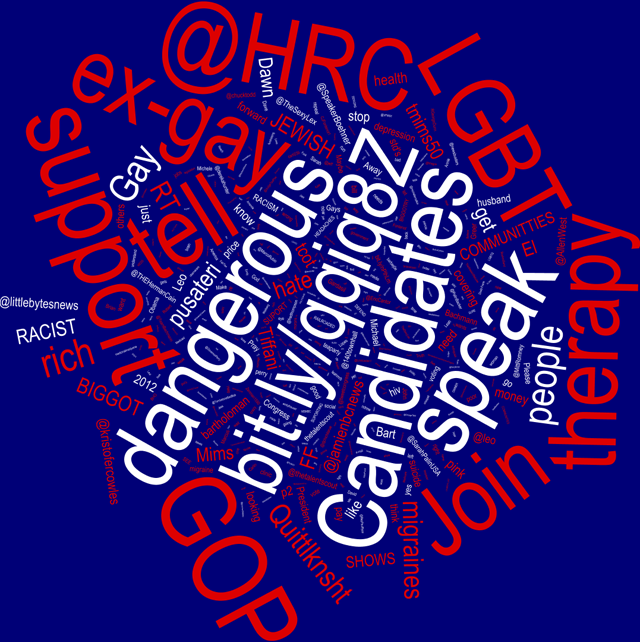 He’s the outsider but still polling a respectable third place in Iowa, with around 10% of likely Republican voters pledging their support. Even well publicised comments on his suspicion of any and all U.S. Muslims don’t register in the messages Cain is receiving.

Out of sight out of mind however — and third place in the G.O.P. field is close enough to being invisible. Cain’s volume of @mentions are currently less than a tenth of the volume directed at Bachmann. Still, strong showings for positive words such as “like”, “love”, “follow”, “experience” and “smart” bode well for his continued bid for the nomination. 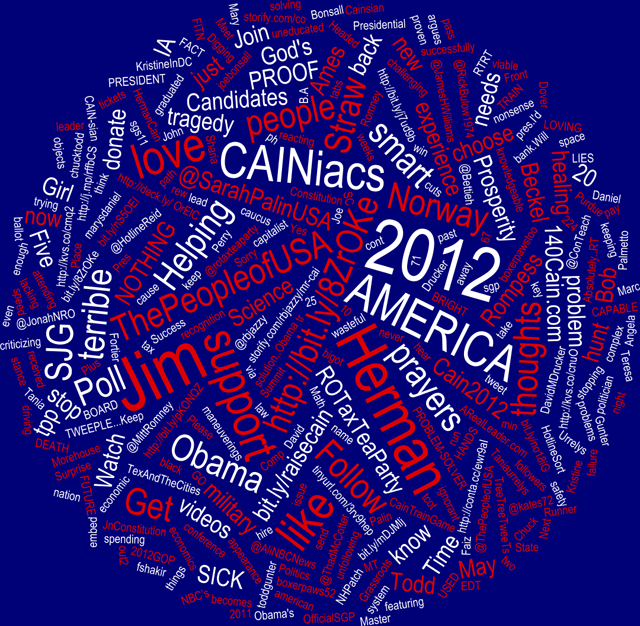