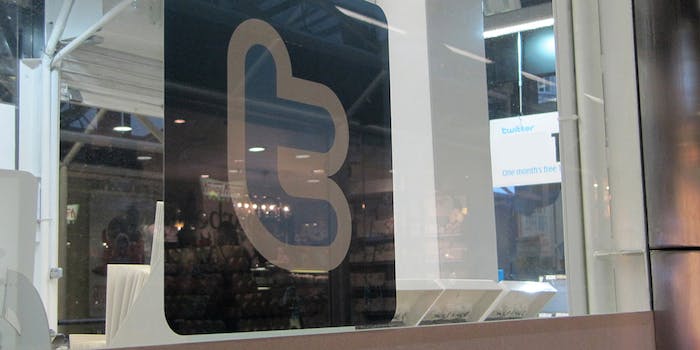 Twitpic briefly shut down in September over a trademark dispute with the social media giant.

Over the past few months, the photo-sharing platform Twitpic has been embroiled in a contentious battle with Twitter, with the latter company claiming that Twitpic infringed on its trademark. This Saturday, however, Twitpic announced on its blog that it has been acquired by Twitter as part of an agreement to keep Twitpic users’ photos and videos on the platform.

According to Re/code, Twitter now has full control over Twitpic’s domain and photo archive. The agreement comes on the heels of a contentious trademark battle with Twitter, which culminated last September when Twitpic announced plans to shut down after Twitter threatened to cut off the website’s access to its API.

In a blog post thanking Twitpic users for bearing with them during the “roller coaster ride” that was the company’s battle with Twitter, Twitpic founder Noah Everett elaborated on the conditions of the agreement. “Twitter shares our goal of protecting our users and this data,” he wrote. “Also, since Twitpic’s user base consists of Twitter users, it makes sense to keep this data with Twitter.”

Everett also announced that he would no longer be staying on with either Twitpic or Twitter.

“This will be my final chapter with Twitpic, and again I want to say thank you for allowing me to be a part of your photo-sharing memories for nearly seven years,” Everett wrote. “It has been an honor.”

Under the new conditions, Twitpic will no longer allow users to post new content on the platform, nor will you be able to download the Twitpic app from the Android or Apple stores. You will, however, still be able to access and download your photo archive on Twitpic.com.