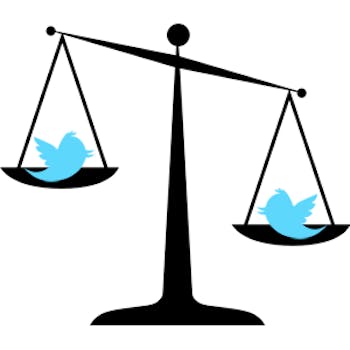 The American Civil Liberties Union hopes to quash a subpoena for a Twitter user's personal information on First Amendment grounds.

According to the Suffolk, Massachusetts District Attorney’s Office, as much as they need. This month, the office issued a subpoena to Twitter. Their goal is to access the user information and IP addresses of both @p0isAn0N and @OccupyBoston. (The latter is a defunct account, possibly mistaken for @Occupy_Boston.)

The D.A.’s office says they have reason to believe these two accounts are associated with a cyber-attack on the Boston Police Patrolmens’ Association. However, @p0isAn0N for one, isn’t concerned.

“Haha. Boston PD submitted to Twitter for my information. Lololol? For what? Posting info pulled from public domains? #comeatmebro,” he or she tweeted.

Within the subpoena, Assistant District Attorney Benjamin A. Goldberger requested that Twitter “not disclose the existence of this request to the subscriber as disclosure could impede the ongoing criminal investigation.”

“We can’t comment on any specific order or request,” Graves told ReadWriteWeb. “However, to help users protect their rights, it is our policy to notify our users about law enforcement and governmental requests for their information, unless we are prevented by law from doing so.”

Today, the American Civil Liberties Union continues to support @p0isAn0N in court in order to have the subpoena quashed on First Amendment grounds. The hearing is ongoing.