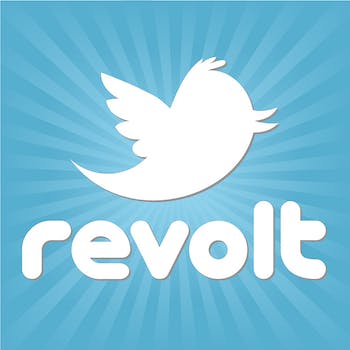 You have the app. Now learn how to use your Twitter profile picture to fight against the Stop Online Piracy Act.

#BlackoutSOPA offers three generic avatars for people to adopt as their Twitter profile picture, helping raise awareness of the Stop Online Piracy Act (SOPA), a bill that threatens to censor content on the Internet.

The site’s creators wish to help raise awareness about SOPA before a related bill, the Protect IP Act, goes to vote January 24th.

The site surged in popularity last night, when YouTube cofounder Chad Hurley changed his avatar to a photo of himself with a STOP SOPA banner at the bottom and tweeted a link to the site. More than 2,500 users have already changed their profile pics in an impressive sign of solidarity.

In fact, the site has already gone down “a few times since,” Walk said, adding that it’s already “waaaaaaay more popular than we expected.”

Walk met the site’s other founder, Gregor Hochmuth, when Hochmuth worked at Google. “I knew we’d work on something together at some point,” he said.

This isn’t the first time that Twitter users have tried to rally against the bill, but it’s by far the most organized.

“Changing your Twitter avatar is just a small statement but it keeps the issue top of mind and in view of millions of people.”