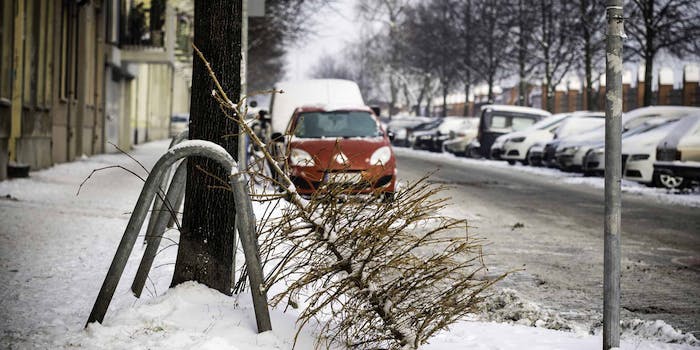 Complaining about the weather on Twitter might drive your followers crazy, but it could be doing a service for everyone else. A recent study used tweets to improve traffic flow during inclement weather.

In a study recently published in the Transportation Research Record, researchers at the University at Buffalo found that tweets can be used as real-time indicators of adverse weather.

Standard traffic planners count on models gather data from cameras and sensors and weather reports from local weather stations; this information is enough to account for the flow of traffic and general weather in the region, but doesn’t take into account road conditions and information that requires more surface-level reporting.

That’s where Twitter comes in. When users send out 140 characters of grievance about how their road hasn’t been plowed yet or how slippery a street is, it provides additional insight into the true quality of the roadways rather than an estimated one.

The researchers from University at Buffalo took over 360,000 tweets amassed in the Buffalo Niagara region during a 19 day period in December 2013—a period during which the area experienced around nine inches of snowfall.

From the pile of tweets, the researchers extracted about 3,000 relevant ones, which were tagged with keywords such as “snow” or “melt.” The data from those tweets—information about the weather, the geolocation tag, etc.—was extracted using a method referred to as “Twitter Weather Events Observation.”

When an event would reach a particular threshold in a given time, it qualified as a “Twitter weather event.” These events were put through a series of tests that would eliminate inaccurate tweets and use only the ones that contained accurate and relevant information. The researchers found the quantity of weather-related tweets increases during a weather event, giving them plenty of 140 character blurbs to work with.

By applying the accrued Twitter data to existing traffic models, the researchers found that the accuracy increased considerably. Giving traffic planners access to hyper-local information like that used in the study would allow them to improve their reports and provide more accurate information like suggested driving speed and areas to steer clear of.

The researchers intend to expand upon the foundation laid by the study by examining more Twitter data from larger regions and over longer periods of time. Help them out by complaining about the weather—like you need the encouragement.