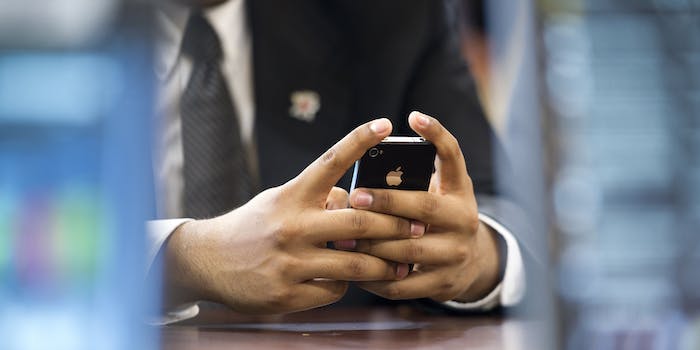 The news reportedly comes straight from an event with Twitter founder Jack Dorsey.

In a bid that surely won’t backfire, Twitter is about to change its social media platform by removing “likes,” the Telegraph reports. The reason? Apparently, Twitter thinks removing likes will make discussions much better on the service.

The news reportedly comes straight from an event with Twitter founder Jack Dorsey, who claims that he never particularly enjoyed the system and that the site would “soon” do away with it altogether. Additional changes include letting users edit tweaks and a new verification system “so that a blue tick is no longer a preserve of celebrities and ‘influencers,'” the Telegraph states. All three are part of a list of changes behind the scenes to cut down on the site’s “echo chambers” and create a “healthier place” online.

As for when Twitter users can expect likes to go away, one Twitter spokesman stressed that the company isn’t ready to open up on the details quite yet.

“At this point, there is no specific timeline for changes or particular planned changes to discuss,” a spokesman told the Telegraph. “We’re experimenting and considering numerous possible changes, all with an eye toward ensuring we’re incentivizing the right behaviors to drive healthy conversation.”

While Twitter has received an enormous wave of criticism over the platform’s ongoing problems with online harassment, bigotry, and abuse toward women, removing likes is the last thing most Twitter users wanted. In fact, the system was praised as a discreet way to express love and support toward other Twitter users. For particularly personal tweets, like posting selfies or announcing a breakup, a “like” hits the perfect balance between sending too much care and not enough at all.

what i've always thought would bring more positivity on here, is removing the simple heart-shaped button that i can use to show support to my friends https://t.co/kU4eqqy7bJ

twitter: you can fave tweets!
us: cool that's helpful
twitter: faves are likes now!
us: sounds weird but ok
twitter: some likes show up on everyone's timeline!
us: wait no that's bad
twitter: understood! likes are gone!
us: what
twitter: we love quality debate!

me: twitter is literally the worst platform for discussion or "debate"
twitter: we're removing *throws dart into spinning wheel* uuuhhhhh likes because it will make the debate better

Twitter users: "public likes on the timeline are stupid, can you guys do something about it?"
Twitter: https://t.co/RpcN9nGfP5

what if, instead of likes, twitter dispensed small quantities of cheese

This presumes people use Twitter just for debates. What about memes and art? Promotion for a passion project? That ain't posted for high quality debates.

That and… people are still gonna tweet the same in debates, likes won't change anything. Clearly another motive behind this https://t.co/6NFpQBmU0N

Others point out that removing likes won’t necessarily fix the real problem: getting rid of abusive Twitter users, like the site’s white nationalist mobs.

NAZIS @jack you’re supposed to be getting rid of NAZIS.

Or they could ban the Nazis.

Users: hey can you get rid of the Nazis please

Twitter: ok sure, we've changed the stars to hearts for likes

Users: no no, zero Nazis please

Users: nah hey, what about the Nazis

Yeah @jack, because the like/favourite button is obviously what’s wrong with “the quality of debate” on @twitter, not the bots, or the Nazis, or the death threats, or hate speech, or false information. Of course, it’s the likes. Duh. You fucking goose. https://t.co/O9GU7TA77g

Why not just remove the Nazis and hostile intel agency bots & trolls instead?

It's well within reach of AI/NLU technology.

if they take away the like button on twitter, i’ll begin shouting things outside 7/11 and see who gathers to listen. your cheers will be my “likes”

Meanwhile, billionaire and shitposter extraordinaire Elon Musk was temporarily locked out of his Twitter account after he tweeted about his love for catgirls and anime. It remains unclear if the site is expanding account security and protection to differentiate between false positives and real security incidents.