Twitter may limit users to 140 characters, but pictures are getting their previous limitations lifted on the platform. Twitter announced on Monday that it will no longer automatically crop images in its feed.

The new approach to images will take effect on the Web. Users scrolling through tweets in a browser will now see square and landscape images displayed in full.

Previously, Twitter would automatically crop an image down to save space, requiring a click on the tweet to expand to the full-sized image. The result was tons of chopped-up images, accidentally cutting off peoples’ heads or making the subject of the picture a person’s crotch—and even if it’s a really nice crotch, it probably shouldn’t be the focus of the photo.

Along with the inclusion of full images, Twitter is also making tweaks to how it displays tweets with multiple photos attached. In this case, one photo is chosen to become the feature image, with the others presented as smaller thumbnails surrounding it. The change is reminiscent of Facebook’s photo layout, and also fixes the issue of cropping that occurred with the preview of the pictures in the timeline. 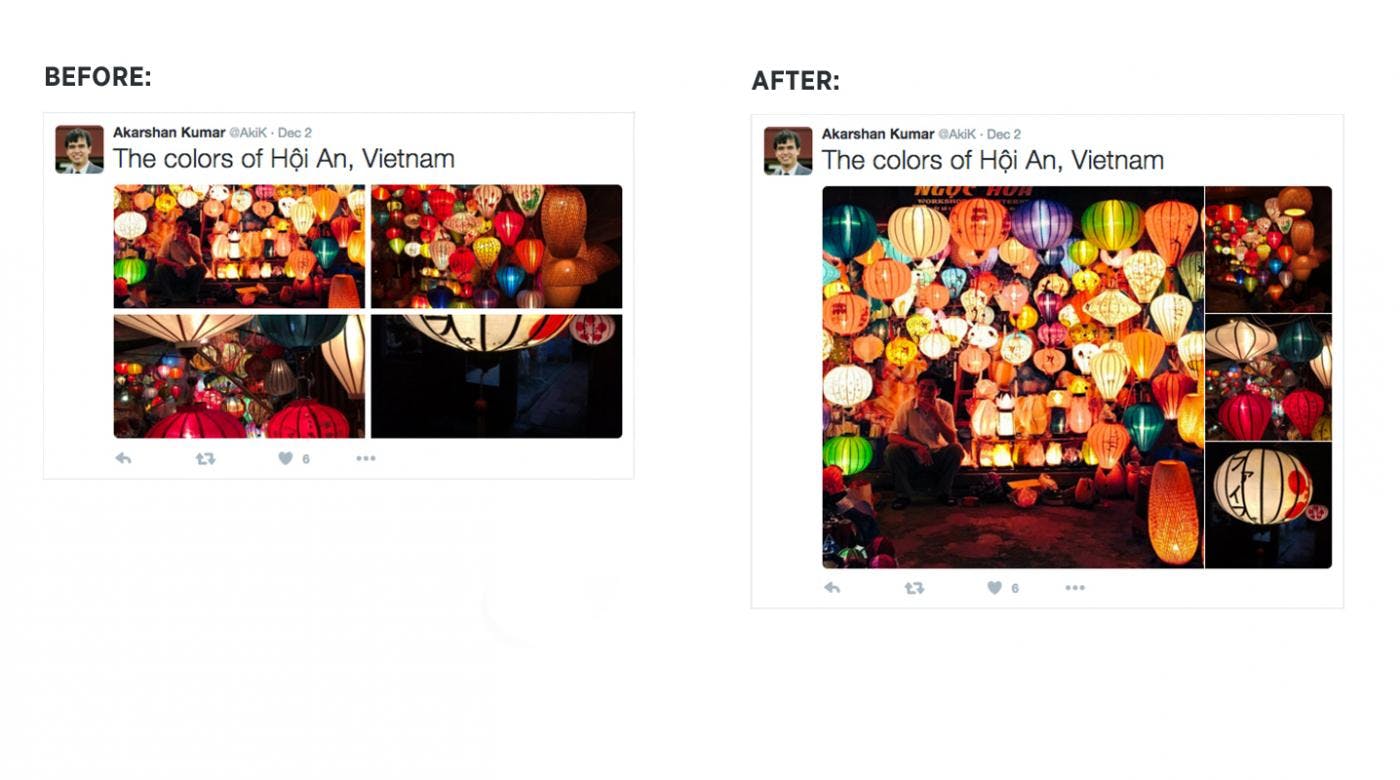 The changes to Twitter have already been rolled out and should be in effect for all users. Check your feed for full-sized images that look beautiful but take up way too much space and require you to scroll much more than before. Progress?