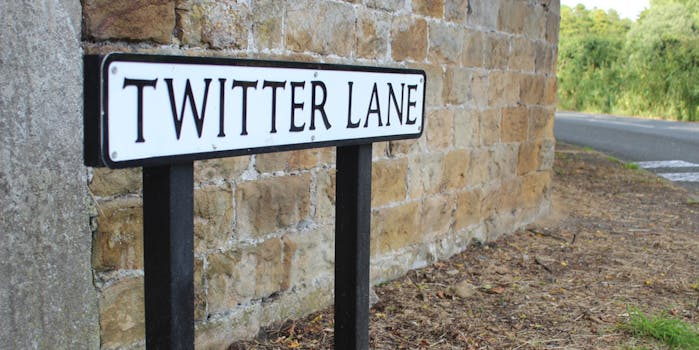 Twitter experiments with a timeline of tweets near you

But do users care who's at the neighborhood Starbucks?

For years, the best way to use Twitter to follow what’s happening in your locale has probably been to track trending tags in your general area. But now Twitter may be introducing something a lot more specific: a “Nearby” timeline that allows you to view tweets where you live.

In recent days, iPhone users have reported the feature being rolled out apparently experimentally. Twitter denied that the feature was in beta, stating only that the company is “always experimenting.”

Twitter users have long had the option to turn on their location and share it with other users. The new timeline pulls that data and groups tweets near you under a single column featuring an interactive map that allows you to see tweets in real time as you move around your own area.

On the website of the Wall Street Journal, several longtime Twitter users suggested that Twitter had actually previously had this ability but sunset it several years back. While it’s true that the ability to find and track local users and tweets has been around for years, the functionality has mainly been offered through third-party apps and websites like Tweets Nearby.

The new timeline may have been rolled out for some users along with several new updates in the most recent mobile release for iPhone and Android. The move adds a “Discover” timeline, “swipeable” timelines, as well as the ability to insert photos into Direct Messaging.

So far Twitter users seem divided on the usefulness of the timeline. the Wall Street Journal pointed out that the feature could be useful to anyone wanting to know real-time information about their area, while Forbes opined that creating social communities away from our real-life spaces was why we ran to platforms like Twitter to begin with.

Then there are the Twitter users who simply don’t care.

This whole “nearby” timeline is so irrelevant like I don’t care who’s at the in n out down the street?

Such sentiments might be bad news for Twitter, especially if the platform hopes to use the new feature to entice targeted local advertising from businesses. If users think getting tweets from people eating at the In n Out is annoying, how would they react to the In n Out inviting them to come in and try the double-double while they’re in the neighborhood?

Perhaps the “Nearby” timeline is actually the Darkest Timeline after all.