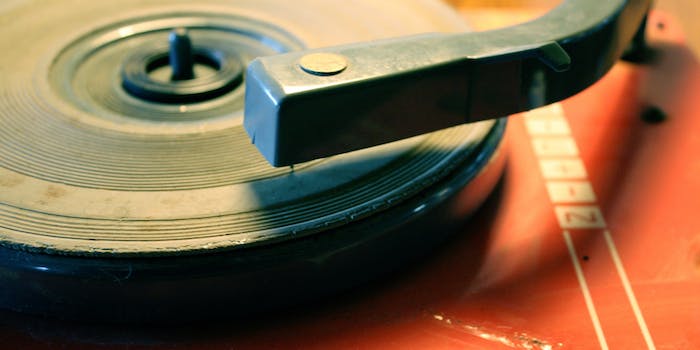 I don’t want even Spotify or Rdio to recommend that I “check out Staind.”

Last week Twitter pulled the plug on its #Music app after less than a year. Today Twitter has announced that it is embarking upon a partnership with Billboard to build real-time charts using data about what songs, artists, and albums users are tweeting about.

“The charts will reflect the top tracks being discussed at the moment and over an extended period of time on Twitter, as well as surface the most talked about and shared songs by new and upcoming acts,” reads the announcement on Billboard.com.

It took them a while, but over the past few years, Billboard has had a pretty strong digital strategy, incorporating song-streaming data into the Hot 100 and launching genre-based streaming charts. Meanwhile, a month after #Music made its debut as the fifth most-downloaded app, it had dropped to 1486th most-downloaded overall.

Presumably this partnership is what the Wall Street Journal reported would be a “new strategic course centered on music conversations and content on the Twitter service.”

Altogether, this seems like a not-totally-terrible move for the microblogging platform to make. Twitter is not a curatorial service; its users do not—and should not—expect anything resembling a judgment from Twitter about what they should or shouldn’t like.

Listening suggestions feel vaguely invasive—even when dedicated listening services do it. If I don’t want Spotify or Rdio to recommend that I “check out Staind!”—as if I don’t already have their whole discography downloaded—I certainly don’t want Twitter to get involved.

What the Twitter-Billboard collaboration hopefully offers is, like any other chart, a means of illustrating what’s quantifiable about a given piece of music: how many people are listening to it, and how frequently. Nothing more, nothing less. Anything that gives us more of this is all right in my book. One can even imagine Billboard doing some pretty cool things with the data Twitter has access to: picking up on when some band is building momentum, getting more buzz than its following might indicate.

Then again, Twitter owes something of a debt to musicians who maintain accounts: “Seven of the 10 most followed accounts are musicians, with Katy Perry ranking No. 1 with more than 51 million followers.” Like athletes and actors and other entertainers, musicians play some part in keeping users active and engaged on Twitter’s platform—thereby generating revenue for Twitter.

Buzz (or “exposure” or whatever other euphemism you want to use for the accumulation of digital-social capital) doesn’t put food on the table. And as exciting as a Twitter-Billboard partnership might be for consumers, it doesn’t change anything about the way the music industry compensates musicians themselves (that is, hardly at all). So much for disruption.