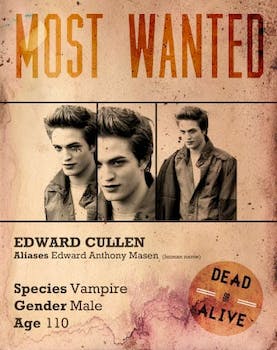 In the wake of Gaddafi's reported death, people are making enemies lists that include defiant dictators and teen idols.

While the world is still coming to terms with the death of former Libyan President Muammar Gaddafi, hundreds of people on Twitter are busy making funny, serious, or just plain grim lists of other celebrated offings—and who they’d like to see die next.

Almost all include the names of Osama bin Laden and Saddam Hussein, which has helped the two late miscreants become worldwide trending topics.

They have been mentioned more than 18,000 times combined in the last three hours, according to statistics from Topsy, a social-media search engine.

On the lists: controversial world leaders like Hugo Chavez of Venezuela—and fictional characters like Edward Cullen from the Twlight series.

Here are some of the tweets that showcase the list-making impulse in action.