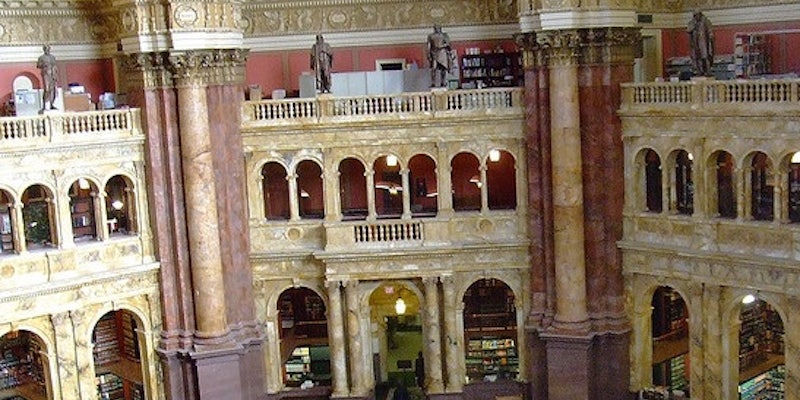 Two years after announcing a deal with Twitter, the Library of Congress is still trying to figure out the best method for preserving tweets.

Try as hashtags might, there’s no Dewey Decimal System-level of organization in place for tweets just yet. That hasn’t stopped the staff at the Library of Congress, however, from trying to organize every single public tweet sent over the last six years.

Despite reports to the contrary last week, the Library of Congress is still pushing forward with its plan to archive all tweets—a project first announced two years ago.

With more than 400 million tweets hitting the Web every day, that’s a lot of information to handle. The Library of Congress is getting data from Twitter almost every day, though spokeswoman Jennifer Gavin told Nieman Journalism Lab “good librarianship” moves more much more slowly than Twitter’s real-time bursts of activity.

It’s taking some time to structure those billions of tweets into something usable. And that’s assuming there’s a practical use for years-old tweets to begin with. (See the recurring Twitter hashtag, #RiseandGrind, to see what I mean.)

Ironically, the Library of Congress doesn’t have plans to make the archive accessible through the Web. Instead, you’ll need a valid library card to visit the bricks-and-mortar library to browse the archive in Washington, D.C.

There’s also a six-month delay on tweets hitting the archive, an agreement that’s been in place since the start of the partnership. The archive can only be used for non-commercial research, preservation, and public display of the tweets by the library itself.