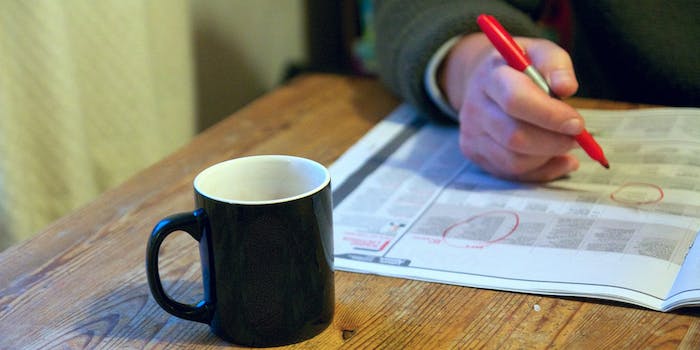 People tweet under all sorts of circumstances. They tweet when they nail a job interview, when they get a promotion… and when they lose their job. When a Twitter user laments a layoff on social media, it doesn’t often lead to more job opportunities. But researchers at the University of Michigan are using tweets about unemployment to predict how many people will put in unemployment claims.

Researchers used Twitter data to create indexes of job loss, job searches, and job postings, using tweeted phrases like “lost my job” to make predictions that forecast the ebb and flow of initial unemployment claims. The researchers suggest that policymakers and market analyists might use Twitter data as a gauge when they don’t have time to wait for more traditional forms of analysis. “Such timely and high-frequency data may be useful to policymakers and market participants who often need to make decisions prior to the availability of official indicators,” they wrote. Events like the government shutdown in 2013 and Hurricane Sandy are represented in their Twitter-based predictions.

As you can see on the chart, the Twitter-based predictions tend to be higher than the actual number of claims put in, but both data sets fit into the same pattern, suggesting that government agencies doling out unemployment benefits would benefit from treating Twitter as a rudimentary barometer for how many claims they will receive.

Twitter has built up its ties to data analysis programs in the past year, establishing a partnership with Dataminr to help journalists identify stories more quickly, and entering into a similar relationship with the music company 300 to help pinpoint musical acts gaining fame on the social network. Both of these partnerships point to the value of analyzing Twitter’s vast data stream to predict or index upcoming trends; with this research, it’s even clearer that important information can get extracted from the social network’s relentless data feed.